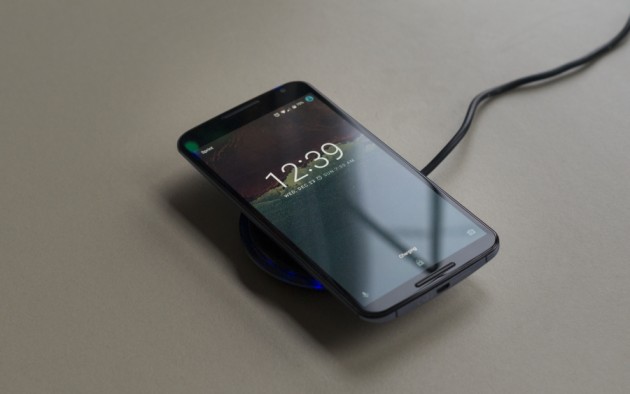 Battery life on phones continues to be a major issue, and while manufacturers aren’t using larger batteries, there are some interesting technologies to help ease charging. Some manufacturers have been using fast charging, which delivers more power to the phone by using a special wall adapter that regulates the power flow based on how much juice is already in the phone.

Fast charging still requires you to be tethered to a cable if you want to charge. For those who prefer the convenience of not having to plug in, wireless charging has become an increasingly common option. Wireless chargingÂ uses magnetic induction to charge the phone by having itÂ rest on top of a wireless charging pad or cradle. But wireless charging is slow, taking significantly longer than standard wall chargers.

I also tested the Choetech Fast Wireless Charging Pad with a Nexus 6 and Nexus 7 (2013). Both of these devices support standard wireless charging, so there was a definite increase in the amount of time needed to charge the device. With the Nexus 6, the time needed to charge wirelessly was particularly frustrating, as it paled in comparison to the Nexus 6′s usual Turbo Charging speed. If you to were wirelessly charge the Nexus 6 from zero, you’d probably need a solid three or more hours to do so, as compared to about an hour and a half using the wired Turbo Charger. In addition to that, you can’t get any quick fill-ups when you’ve got a low battery like you can with the Turbo Charger.

In my time with the wireless charging pad, I foundÂ that it was a bit finicky in regards to the placement of the device on top. You may have to move the phoneÂ around a bit before it begins charging, and even then, it can be unsteady. For example, I placed my Nexus 6 on the charging pad before bed, ensuring that it was charging. But I bumped the charger slightly when I turned off my lamp and I woke up in the morning to a phone that hadn’t been charged.

At the end of the day, I can highly recommend the Choetech Fast Wireless Charging Pad to someone who has a device that supports fast wireless charging. It’ll be convenient and you won’t be sacrificing speed for the ease of not having to plug in.

For others without fast wireless charging, it comes down to personal preference. If you’re okay with giving up charging speed for the convenience of ditching wires, the Choetech Fast Wireless Charging Pad should work well for you. It’s simple, it does its job well and it’s quite affordable. If you value speedy charging, you may want to stick with your wired charger for now.

You can follow this link to purchase the Choetech Fast Wireless Charging Pad from Amazon for $29.99.