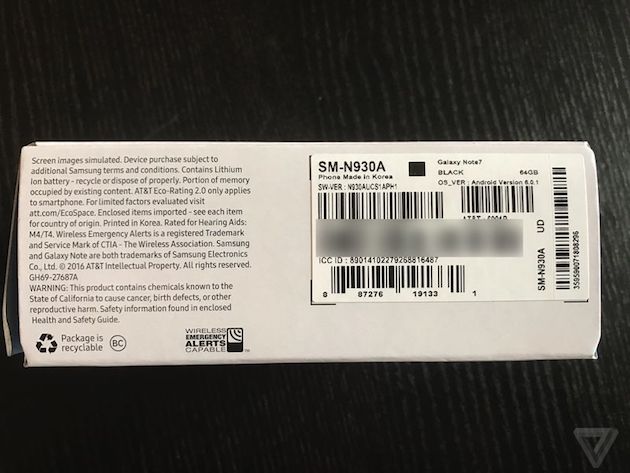 Last month, Samsung shippedÂ 500,000 replacement Galaxy Note 7 unitsÂ toÂ in the United StatesÂ following a global recall of the flagship phablet. Unfortunately for Samsung, though, one of those replacement units reportedly caught fire and forced a flight to evacuate before it left the ground.

As reported by USA TodayÂ andÂ The Verge, Brian Green picked up his replacement Galaxy Note 7 from an AT&T retail store on September 21. He says that his device hadÂ a green battery indicator his box has a black square printed on it, both of which would indicate thatÂ the handset was a replacement modelÂ and not one of the older and potentially dangerous units.

Green was boardingÂ Southwest flight 944 from Louisville, Kentucky, to Baltimore, Maryland, when he powered down his Galaxy Note 7. He put the phone in his pocket, but quickly took it back out when he noticed it was smoking. He dropped it on the ground, andÂ his colleague went back onto the plane to pick up some of his stuff as the plane was evacuated.Â Green says thatÂ the phone thenÂ caught fire, burned through the carpet, and even burned the subfloor of the plane as well.

According to Green, the Galaxy Note 7 was at 80 percent charge when he powered it down.

Green’s Galaxy Note 7 is in the possession of the Louisville Fire Department — and he’s switched to an iPhone 7.