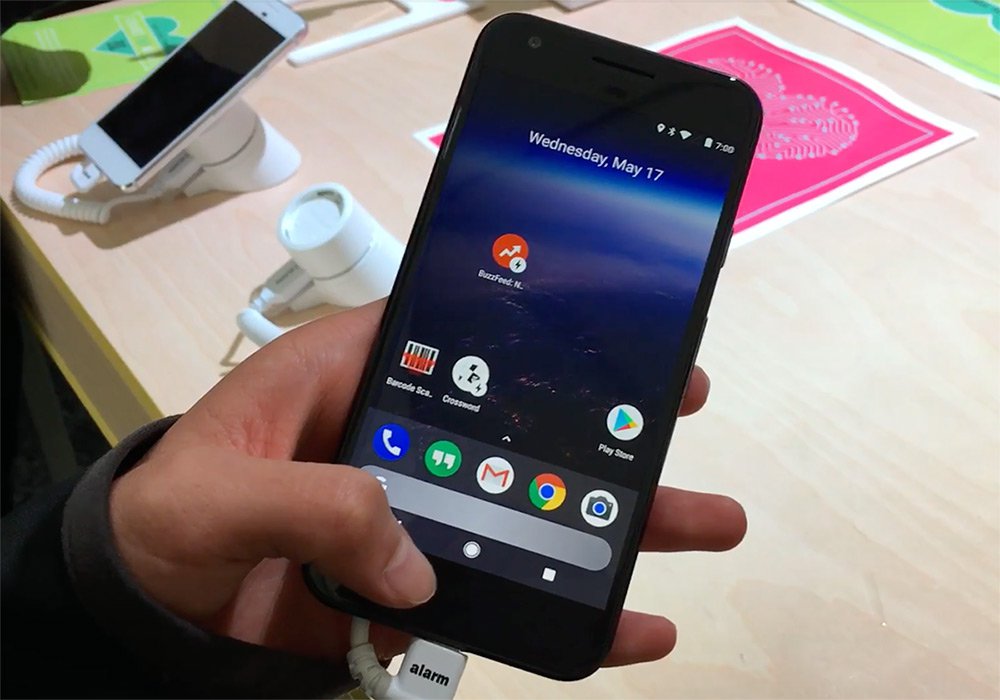 A redesigned Pixel Launcher was spotted on Google Pixel demo units at I/O this week. 9to5Google found the new-look Pixel Launcher in the Android Instant Apps demo area and managed to capture it in a couple of brief videos.

The big change with this launcher is the new Google Search UI. Rather than a pill-shaped widget sticking out of the side of the display, this new Pixel Launcher has a full-width gray bar thatâ€™s sitting between the docked apps and the on-screen navigation buttons. We can see that this search bar is able to return results of Android Instant Apps.

Meanwhile, the date is just sitting by itself near the top of the display, below the status bar. Thereâ€™s no weather info here, but thatâ€™s certainly something that could be added since the current Pixel Launcher lumps the date and weather info together.

Thereâ€™s not a ton of info on this redesigned Pixel Launcher outside of what we can glean from these videos. Itâ€™s possible that Google is making this search bar change to make it easier for users to reach, especially those folks that have extra large phablet screens.

As for when this redesigned Pixel Launcher could be unleashed to the public, there are a couple of major Google Android happenings expected for later this year, like the public release of Android O and the launch of new Pixel phones. Itâ€™s possible that Google is prepping this new Pixel Launcher for one of those events and it somehow made its way onto a couple of demo units at I/O.