Preliminary analysis of the Meizu Pro 5: A Galaxy S6-look iPhone

Meizu Pro 5 – Availability and Pricing
Meizu Pro 5 is available in China since 12 October 2015. Its price, translated into euros, varies between approximately 400 and 450 euros, depending on the version. However, this new Meizu has not reached Europe officially, which means that to get one will have to resort to third-party channels, which will increase the final price. More information about specials and shops where you can buy this phone at the end of the article.
Meizu Pro 5 – Design and finishing
Is it an iPhone or Galaxy? The Meizu Pro 5 is halfway between these two bestsellers. From the viewpoint of design it is easy to see the similarity with the iPhone 6 Plus, which has been added a button similar to Samsung start, which also includes a fingerprint scanner. But if you’re familiar with Meizu, you know that the Chinese brand used to be inspired by these two market leaders. 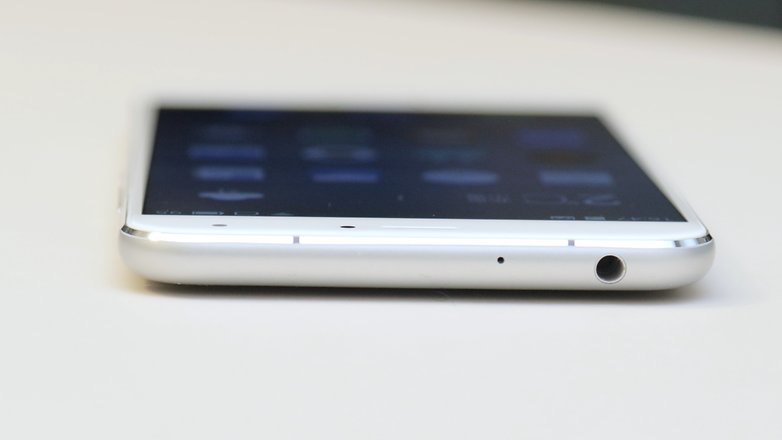 Beyond the similarities, the Meizu Pro 5 has a very good construction. The finish is aluminum and the screen brings a 2.5D edge covered with Gorilla Glass 3. The material is of very good quality, but the Meizu ends up being a very slippery phone in part because of its curved edges.

The rear, however, has a touch a bit annoying. Eanto the top and the bottom give the feeling of being made of plastic but with aluminum look, which is necessary to make the antennas may have good reception.The camera sensor is housed in the center of the back. The power button and volume are located on the right edge, as usual. At the bottom we have the speaker, USB type C, whereas in the top we find the headphone jack.Under the screen is the start button which also houses a fingerprint scanner. Unlike OnePlus, Meizu has a physical button with a scanner, similar to the Samsung Galaxy S6 But unlike the Korean phone, both right and left side of the phone are buttons.