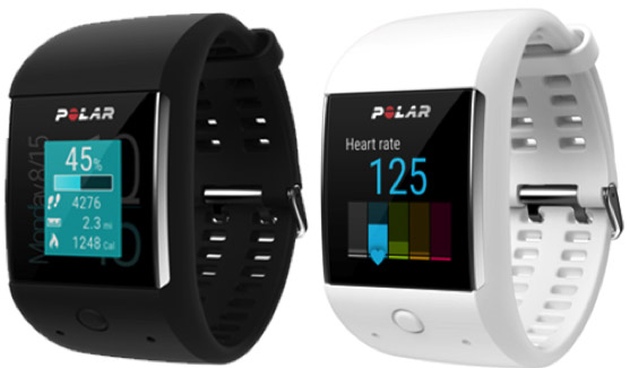 Android Wear has hit a few bumps on the road to domination, but the wearable OS is making great progress. Today brings another manufacturer creating an Android Wear device, with Polar introducing the M600 sport smartwatch. Polar is known for its fitness trackers and heart rate monitors, but the company is diving deeper into the wearable market with the M600. Let’s look at what this new sport watch is offering.

First and foremost, Polar is pushing the heart rate sensor on the M600. The company uses a proprietary optical measurement system with six LEDs to track a user’s heart rate quickly and accurately. Other highlighted features include GPS, continuous activity tracking and the ability to use Polar’s Smart Coach features through its Android app.

Polar has designed the M600 to be waterproof and the device boasts a battery life of over 48 hours. On the front is a 1.3-inch display and a button that’s used for control while training and tracking. For example, the button could pause and resume a workout. As far as the strap goes, you’re looking at a simple silicone band that is available in black and white, with a red option arriving later this year.

Polar is pushing its software as a big perk of the M600. The company’s software allows you to aggregate and quantify your health and fitness data. Users can track their sleep, activity, heart rate and more. With Android Wear as the OS, users can also utilizeÂ all of the features there, such as the ability to view and respond to notifications, play music and take notes on the fly, even with voice commands.