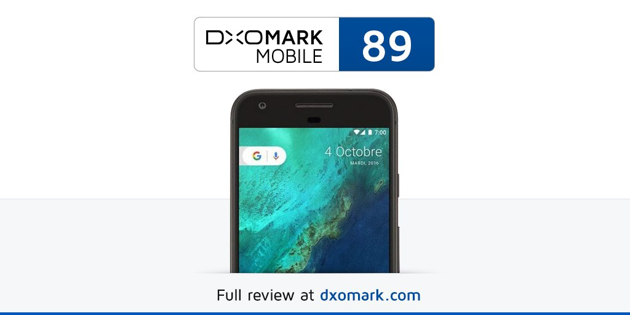 Among the many features that Google highlighted with the new Pixel phones was the amazing camera, now we’veÂ been burned before by such claims from Google around the Nexus line, but in this case Google does have some support for its assertions. At 12.3MP with an f/2.0 lens it isn’t the strongest spec offering we’ve seen, but apparently it is more than the sum of its parts.

DxOMark has given the Pixel phones a rating of 89, the highest score ever awarded to a smartphone. The universallyÂ praised Galaxy S7 and S7 edge for example scored an 88 on DxOMark and the iPhone 7 an 86.

It’s absolutely important to note thatÂ the DxOMark score should not be taken as aÂ total viewÂ of the cameras capabilities, manufacturers with lesser scores have unquestionably produced better results than higher scoring cameras in the past, so we will have to wait to see the total package before we go into full celebration mode over the Pixel camera, but suffice to say it does at least give us hope.

Another notable feature of the Pixel camera is that by default it shoots in Auto HDR+ thanks to zero shutter lag, combining multiple RAW images into a single JPEG with reduced noise and increased dynamic range when necessary. If the Pixel determines that HDR+ is unnecessary or if it detects too much motion in the image it will turn off HDR+ to capture the image as intended.

As for video capture the Pixels are capable of 4K video up to 30fps and 1080p up to 120 fps, allowing for some slow motion fun.Â Notably Google didn’t jump on the hardware based optical image stabilization bandwagon that Samsung and Apple have moved to in recent years and instead are relying on the built-in gyroscope and software to steady your handheld video. This is what allowed them to avoid the camera bump on the back that everyone has come to expect on modern smartphones. The results they displayed on stage were impressive, but we’ll have to see if the trade off was worth it in real life usage.

Do you think Google has finally done it and created a smartphone camera that can hold its own with the best from Samsung and Apple?