Pebble Time goes up for pre-order at Best Buy 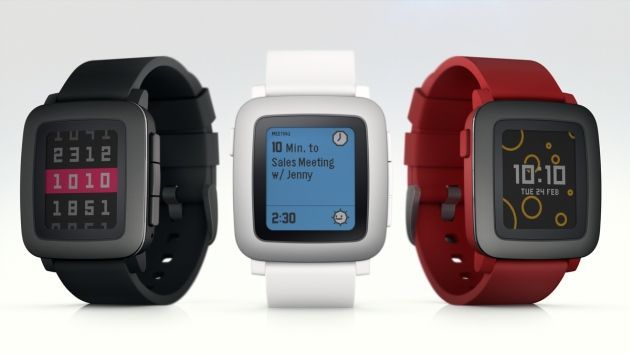 The smartwatch market has taken off in a big way and Pebble was one of the first entrants into the race. A few months back, the company introduced the Pebble Time, which is an improved Pebble smartwatch that features a color display in addition to numerous other improvements. Now the Pebble Time is available for pre-order through Best Buy for interested customers. Color variants of black, white and red are all available for $199.

The Pebble Time is an interesting smartwatch because, unlike most smartwatches, it runs on its own operating system thatÂ allows it to be compatibleÂ with both iOS and Android. It also uses a color e-paper display, which gives it a distinct advantage in battery life when compared to other smartwatches. That being said, it isn’t quite capable of doing some of the things that other smartwatches can do. When choosing a Pebble Time over another smartwatch, it comes down to what you’re looking to do with the device.

Follow the source link to pre-order a Pebble Time for yourself.