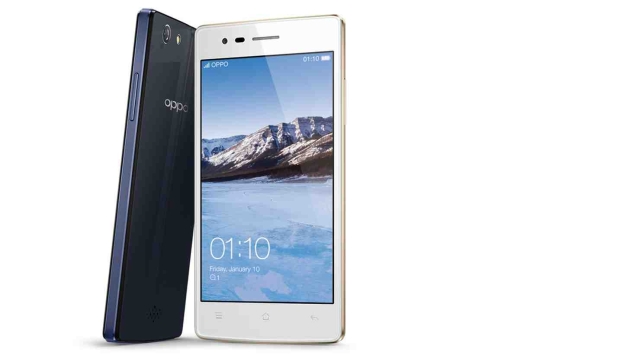 Oppo has launched two new phones aimed at the mid-range market, the Neo 5s and a new model of the Neo 5. Both phones contain a 4.5-inch 854×480 display, 1GB RAM, 8GB storage plus microSD card slot, 8-megapixel rear camera, 2-megapixel front-facing camera and Android 4.4.2 KitKat with Oppo’s ColorOS 2.0.1 overtop. Both phones are constructed out of a durable double-layer metallic structure and feature reflective back panels that resemble glass but won’t shatter.

The only difference in the phones comes in their processors and network support. The Neo 5 features a 1.3GHz quad-core MediaTek processor and lacksÂ LTE support, while the Neo 5s features a 1.2GHz quad-core Snapdragon 410 processor that has regional support for LTE.

Oppo hasn’t given any word on pricing or availability but we’re guessing that with the specs list, these phones will be pretty easy on the wallet.