OnePlus teases April 20 as some kind of special date 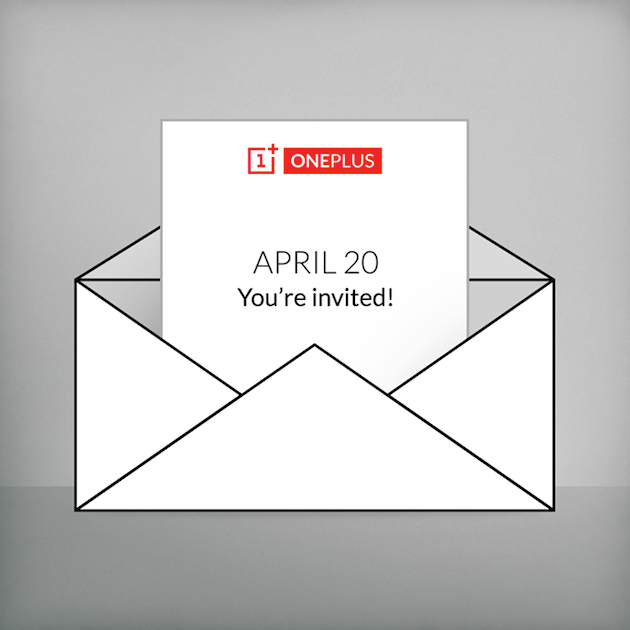 Just two days after a report surfaced suggesting the OnePlus Two will launch in the third quarter of 2015, the company has posted an invitation on its Facebook page telling folks they’re invited to a special something on April 20.

The image was recently uploaded to the official OnePlus Facebook page, and it’s very limited in information. The image depicts a digital envelope and piece of paper, with the OnePlus logo and an invitation for April 20. The description of the image has OnePlus being just as vague as always, saying, “From here on out, anything could happen.”

What that means, or what OnePlus could be gearing up to announce or show off is anyone’s guess at this point. It’s possible that the company could unveil the OnePlus Two this far in advance, but one would wager that the invitation for that event would be a bit more grandiose than this one.

What do you think OnePlus will announce?