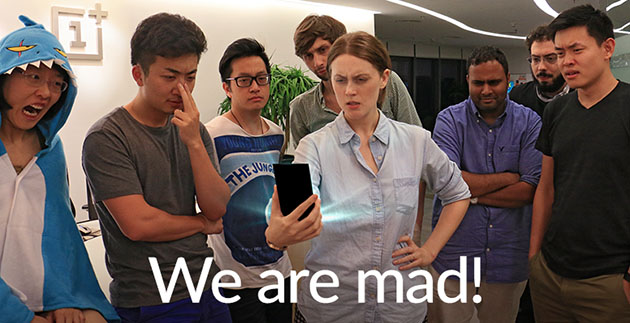 Not satisfied with the responses the company received yesterday, OnePlus has posted another update about the choice of processor in its next flagship. Nothing has changed, the device will use a Snapdragon 810 processor, but the company wants to assure you that there will be no problems with overheating.

First of all, the processor will be underclocked to 1.8GHz for better temperatures. This is likely not a big concern for performance as the chip is still quite powerful, but it just adds to the pile of proof that there are potential issues. Why else would underclocking be necessary?

OnePlus also touches on the price of the processors, which is almost 60 percent higher than the previous 801 that the old flagship runs. This means the price of the final product “will certainly be higher than $322.” It looks like OnePlus is moving further away from budget and more towards truly high-end. First Nexus, now OnePlus?

These announcements have been full of both good and bad news. We’re not sure what the companies goal is for the next flagship, but we’ll have to find out soon enough. For now, check out the photo which actually contains a heavily photoshopped OnePlus 2. Not very helpful, right?