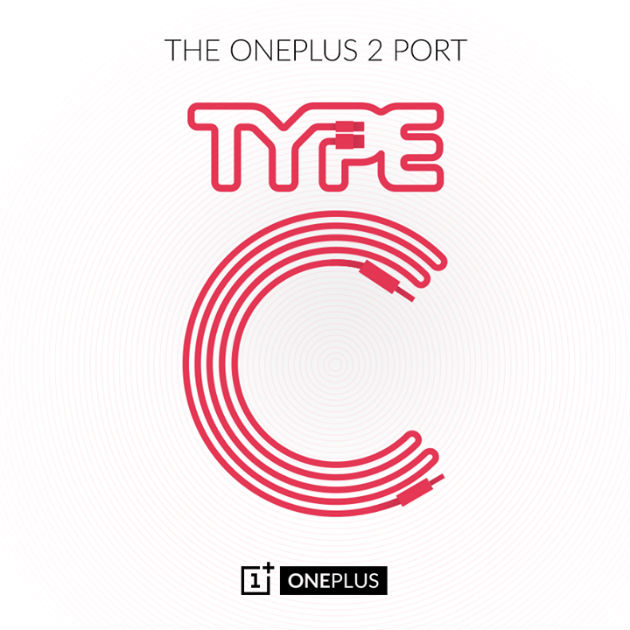 Prepare for weeks, or possibly months, of OnePlus slowlyÂ letting out information on the OnePlus 2, just as itÂ did with the One last year.

TodayÂ the company took to its various social media accountsÂ to announceÂ that the OnePlus 2 will useÂ a USB Type-C port. This isÂ the second spec released,Â following the announcement last week that the phone willÂ be running a Snapdragon 810.

This feature will certainly prove a less contentious addition to the phone than the Snapdragon 810, which rightly or wrongly is still fighting an uphill battle regarding overheating. The one majorÂ downside of USB Type-C for most people is going to be the need to replace existing stockpiles of microUSB cables. The new reversible cables support faster charging and data transfer along with the ability to output 4K video.

With Google highlighting support for USB Type-C in Android M at I/O this yearÂ and OnePlus seeking to maintain its image as a purveyor of cutting edge hardware, particularly in light of an implied price bump from last year’s model, this is a welcome â€” if not particularly surprising â€” revelation.

I’m guessing the mere addition of USB Type-C isn’t going to be instantly swaying anyone into the OnePlus 2 camp, but as the device continues to take shape, are you still considering it? PR blunders aside, OnePlusÂ is still likely to bring the OnePlus 2 in at a somewhat significant price advantage versus the other flagships this year. Is that enough to keep your interest?