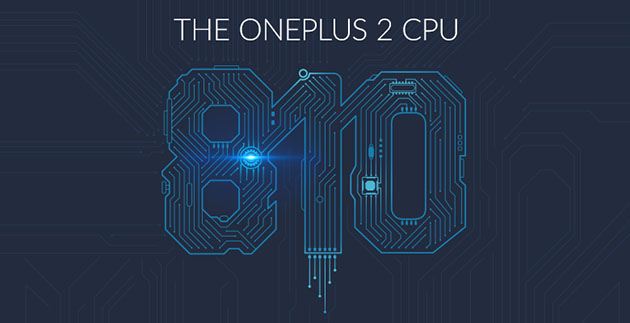 We’ve all heard about the Snapdragon 810 heat issues. First was the rumor that Samsung was having trouble with the Snapdragon 810 overheating, leading to the company using its own Exynos processor. Then we saw a pre-production version of the HTC M9 shedding some serious heat. Qualcomm denies it, hinting at it being a smear campaign, but there seem to be some merits to the heat issues.

Now, the Snapdragon 810 no longer faces any major heat issues, so don’t worry if you own a Snapdragon 810 device. And OnePlus has announced that its next device, the OnePlus 2, will also run a Snapdragon 810. But not just any 810, it’ll be version 2.1 of the processor. The company says that v2.1 was developed to have the processor run cooler than ever, and it was created as a precaution against overheating. Seeing this, it’s hard to not believe Qualcomm did have heat issues at some point.

Moving away from Qualcomm’s previous issues, this processor will be matched with a custom version of OxygenOS optimized specifically for this chip. It will assign different tasks to different processors, using the larger processors for heavy tasks and the smaller processors for the light tasks. Plus it’s designed not to use processors next to each other. All this should mean great performance.

We’re hoping that the OnePlus 2 won’t be a big pre-order, raffle, luck-based, endless delay fest of headaches like the OnePlus One was. It would be great to have a fairly normal launch so people who want the device can actually get it. Are you guys excited for the next OnePlus device? Leave a comment!