OnePlus 2 going invite-free forever on December 5, other deals in tow 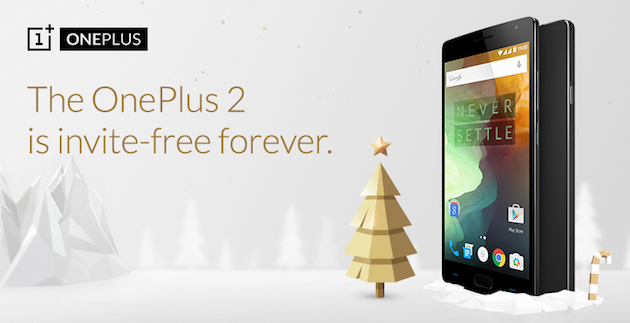 For anyone that has been eyeing a potential purchase of a OnePlus 2 but hasn’t wanted to navigate the invite system, the manufacturer’s latest announcement should be a welcomed one.

The OnePlus X is also going invite-free, but only for a limited time. For a potential customer to get that particular handset without an invite, you’ll need to purchase it between December 5 and December 7. OnePlus also states that if you want either one of the handsets by the end of the month, in time for the holiday festivities, orders need to be placed by December 7.

There are a few other noteworthy deals being launched by OnePlus, too:

With the deals about to start, do you plan on taking advantage of any of them?