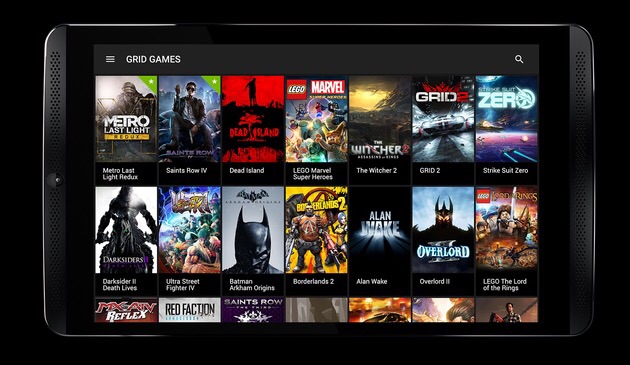 NVIDIA’s GRID service is one of the most impressive features of the SHIELD line, and yet it seems to not get significant coverage, perhaps due to gamers having been burned by such services in the past.

NVIDIA has positioned GRIDÂ as “Netflix for games,” and that’s an apt comparison, although like Netflix streaming, there are some trade-offs for the convenience. When it first launched back in December 2013,Â GRIDÂ was only available in San Jose, Calif. By November 2014, it rolled out across the U.S., and over the following months it expanded internationally.

As the SHIELD Portable and SHIELD Tablet have been the onlyÂ devices offering GRID to date, the resolution being limited to 720p was not a significant concern. But the SHIELD console coming later this month, it’s another matter entirely given that most owners will have at least a 1080p screen on the other end of their HDMI cable. The one caveat for enjoying 1080p 60 FPS is that you need a pretty fast connection, at least 3 Mbps down, otherwise you’ll fall back to 720p. NVIDIA saysÂ that this should happen pretty seamlessly, though, so save for the resolution change, you shouldn’t notice the drop.

The games library is the other natural concern for people relying on GRID as a primary source for their gaming. At present, there are 49 games available,and NVIDIA adds a new title each week. Only 35 of these offer 1080p 60 FPS today, but the rest will be upgraded in time. If you are always looking to play the latest games, the library is going to be a problem for you, but if you are like me and find you are often a year or two behind in getting to games, the current collection should suit you well. Hopefully if GRID proves to be a hit for NVIDIA, the resources will be there to bring more current titles to the service as well.

Two big question marks remain for GRID as we approachÂ the SHIELD console launch. The first is what exactly is the premium tier of the service is going to include when it launches in July and at what cost. NVIDIA has stated that 1080p 60 FPS will be part of the free tier, so whether they will be luring you into the paid service with more games or some other carrot is a mystery.

The second question is whether GRID will hold up to a higher volume of customers. This has been the death of many streaming game services in the past, as lag has risen to unacceptable levels. NVIDIA seems confident and already plans to add additional data centers this year, but if not handled properly, this could be a killer.

I’ll be putting the 1080p 60FPS service through its paces myself and will report back on how it performs, but if you own a SHIELD device you can give it a shot by signing up for the SHIELD Hub Beta community on G+ and then downloading the beta from Google Play.