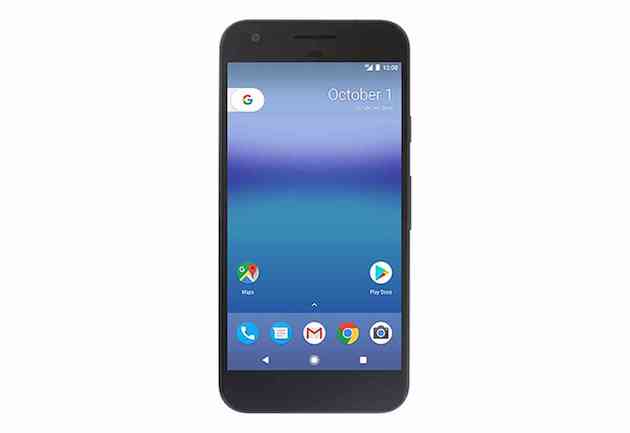 Thanks to leaked images, we’ve already seen what is believed to be the Pixel phones out in the wild. But, leading up to the big October 4 reveal, the Rumor Mill isn’t giving up just yet.

And here we are with another image of the Pixel, in what appears to be a press render ahead of its launch later this year. The image was shared by VentureBeat and only shows the front of the upcoming device. This is the Pixel we’re looking at here, but with expectations that the Pixel and Pixel XL (the larger of the two new handsets) will look similar, this is probably what the front of the Pixel XL will look like, too.

We’re looking at all the normal things here. A sensor, front-facing camera, earpiece, and on the side all the traditional Power/Lock and Volume keys. We can also see the new Pixel launcher in place, too, including the app dock at the bottom of the display, along with the Google “G” slider at the top. That new date/time widget is in place, too.

The circular app icons are right there, front and center.

Are you getting excited for the Pixel smartphones?