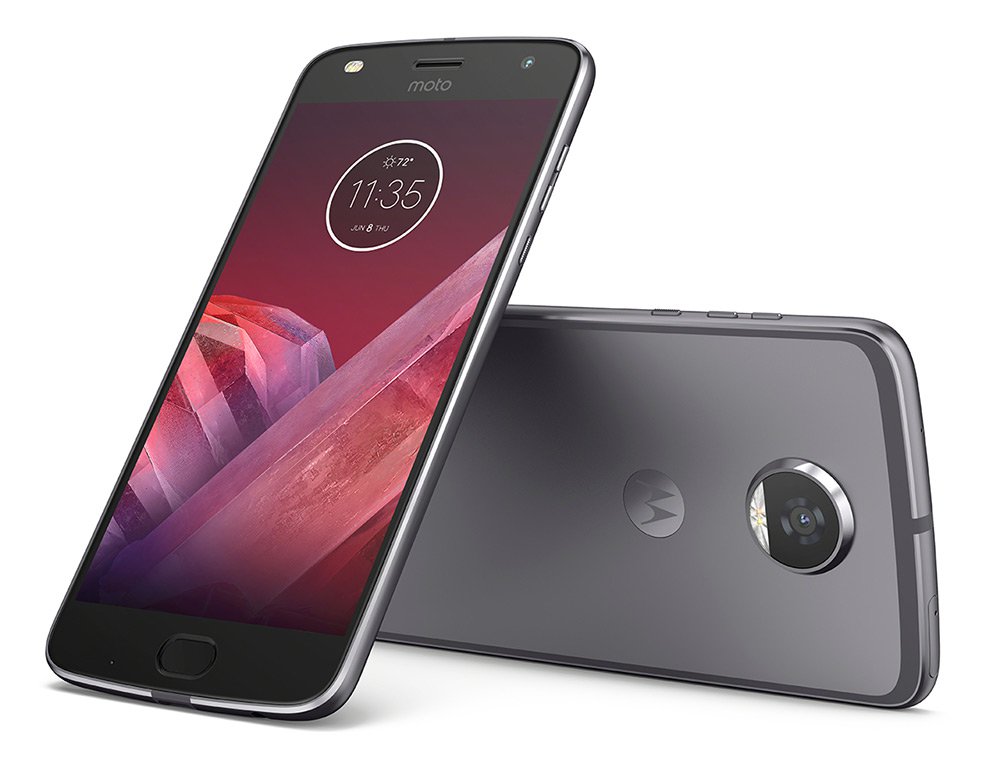 The Moto Z2 Play saw plenty of attention from the rumor mill ahead of its big debut, with a leaked image or two, and even Lenovo itself teasing the battery. And now the newest Moto is finally official.

Announced today, the Moto Z2 Play features a few noteworthy changes when compared to its predecessor, including a slightly smaller battery. Motorola is keeping Moto Mod support around for another year, promising that they will launch at least 12 new accessories throughout the year to help accessorize the Moto Z2 Play.

As far as specs go, the Moto Z2 Play features a 5.5-inch 1080p HD Super AMOLED display, a Qualcomm Snapdragon 626 processor, and a battery that measures in at 3000mAh. Meanwhile, there’s a 12-megapixel Dual Autofocus PixelÂ camera on the back with anÂ f/1.7 aperture. There is a 5-megapixel front-facing camera outfitted with dual LED flash. It will be available inÂ a 3GB of RAM/32GB of built-in storage modelÂ andÂ a 4GB of RAM/64GB version. There’s also a microSD card slot.

The Moto Z2 PlayÂ is running Android 7.1.1 Nougat out of the box, and it features a new Night Display mode which will reduce the blue light on the display, offering warmer colors so that your sleep doesn’t get affected if you check your phone just before checking out for the night.

The 64GB model will cost $499 when it goes on sale here in the United States this summer. The Moto Z2 Play goes on sale in Brazil beginning today for R$ 1,999. As is par for the course, the Moto Z2 Play will also be a Verizon Wireless exclusive, where it will be available in Lunar Grey and Fine Gold.

What do you think of the Moto Z2 Play?