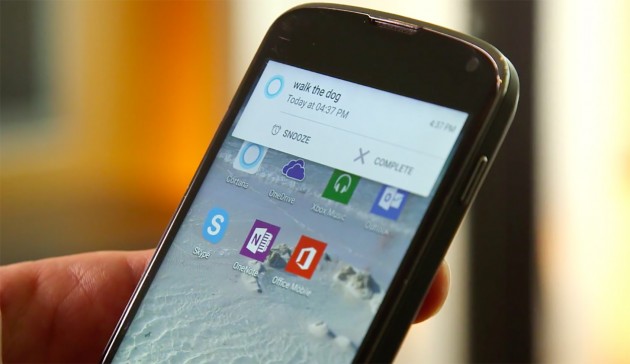 Digital assistants on smartphones and other mobile devices have become quite the focal point for the major companies, with not only Apple and Google getting into the fun, but Microsoft as well. For those that have Android-based smartphones, but have longed to get Microsoft’s digital assistant, Cortana, the wait is almost over.

Today, May 26, Microsoft confirmed that Cortana is going cross-platform in the near future. As far as the features go, Cortana will be almost exactly like the native version found on Windows Phone (and upcoming Windows 10 devices), where Cortana will help Android users stay up-to-date on the most important things happening in their lives, including flight notifications, and reminders on important tasks. Unfortunately, Microsoft says that since Cortana doesn’t have any of the features tied-to an app that’s built into the platform, features like toggling settings or launching apps won’t be available right out of the gate.

Cortana for Android (and iOS) is part of a broader scheme on Microsoft’s part, with the company outlining how the “Phone Companion App” for Windows 10 will help owners of Windows-based devices connect to their phones much easier than in the past. When a user connects their non-Windows phone to their Windows 10 device, it will help them set up apps like Cortana, or Skype or OneDrive, to better sync their lives with the computer they use every day.

While Cortana may not be as feature rich on Android as it is on Windows, it’s still good to see Microsoft continue to focus on cross-platform apps, especially ones like Cortana.

Are you looking forward to using Cortana on your Android handset?