Microsoftâ€™s Cortana arrives on Android this July as a beta 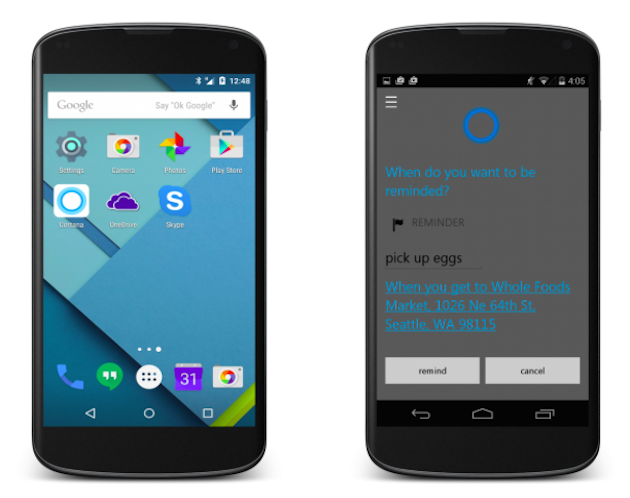 Sometimes things change, like timetables. In May, when Microsoft officially announced that Cortana, its digital personal assistant,Â would be arriving on Android this year, the company also said the arrival would happen by the end of June.

Now, as revealed on Blogging Windows, the timeframe for the beta release has been bumped a bit. Now instead of late June, the arrival of Cortana on Android â€” even as a beta â€”Â will have to wait until sometime in July. That makes a bit more sense considering that Windows 10, which is equipped with Cortana, doesn’t launch until the end of that month, anyway.

Microsoft did share a bit more on the features Android users should expect to get their fingers on when Cortana launches, including the ability to set a reminder to do something at a specific time and get that notification on their Xbox One, too. Microsoft says Cortana’s functionality will carry over to other Windows-based devices, and the inclusion of Android as another instrument to access the features therein is a great bonus.

Do you plan on using Cortana when the feature launches?