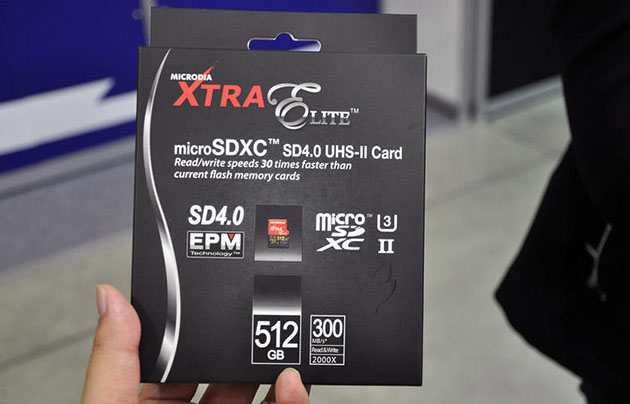 How much storage can companies cram into the tiny, barely-there microSD card? Previously, we were impressed by Sandisk’s 200GB microSD card, but this just blows Sandisk out of the water. Microdia, a lesser known company, has debuted the 512GB microSD card.

This card features Ultra High Speed (UHS) data transfer and the SD 4.0 standard for the highest speed possible. And when you’re transferring half a terabyte of data, you’ll need it. Unfortunately, the size will come at a price. The price is around $1000, though the retail price isn’t finalized.

Of course, in a year these will go down in price to where regular folks can afford them. Plus there are few smartphone out there that can support such large memory cards, some new LG phones being the few. But hey, it’s a look into the future of storage!