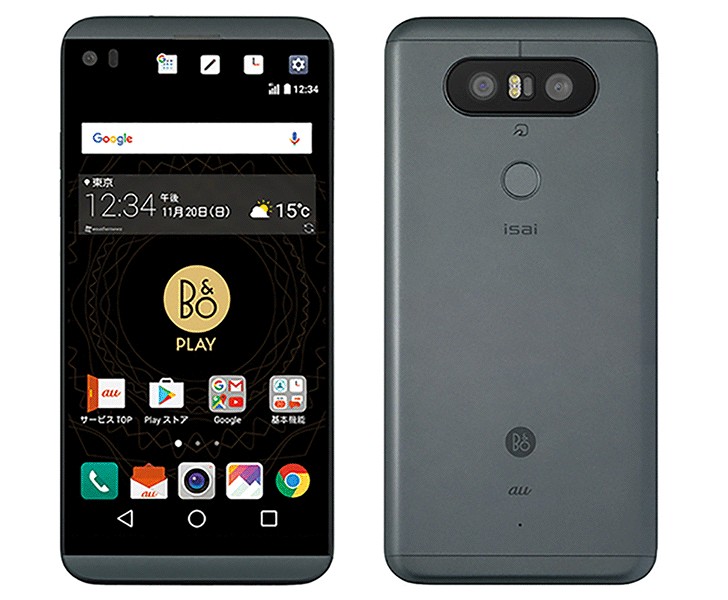 The LG V20 is right on the cusp of landing on store shelves, but it looks like folks in Japan are going to be getting a slightly tweaked version of the flagship handset.

LG Japan has officially debuted the LG V34, and while it shares plenty of similarities between the V20, there are a few key differences. The V34 features a 5.2-inch 2560×1440 display, while the V20 features the same resolution in a 5.7-inch panel. The V34 also boasts a 3000mAh battery, while the larger V20 has a 3200mAh battery. Another bigÂ difference? The V34 is IP67-rated for water and dust resistance, a feature that the V20 completely lacks.

The LG V34 runs Android 7.0 Nougat, boasts the V20′s dual rear camera system, and features 32GB of built-in storage and 4GB of RAM. Qualcomm’s Snapdragon 820 processor is tucked inside to keep things humming along as well.

The only “bad” news here is that the V34 isn’t going to be available outside of Japan.

Would you buy the LG V34 over the V20 if you were given the choice?