LG V20 will be revealed on September 6 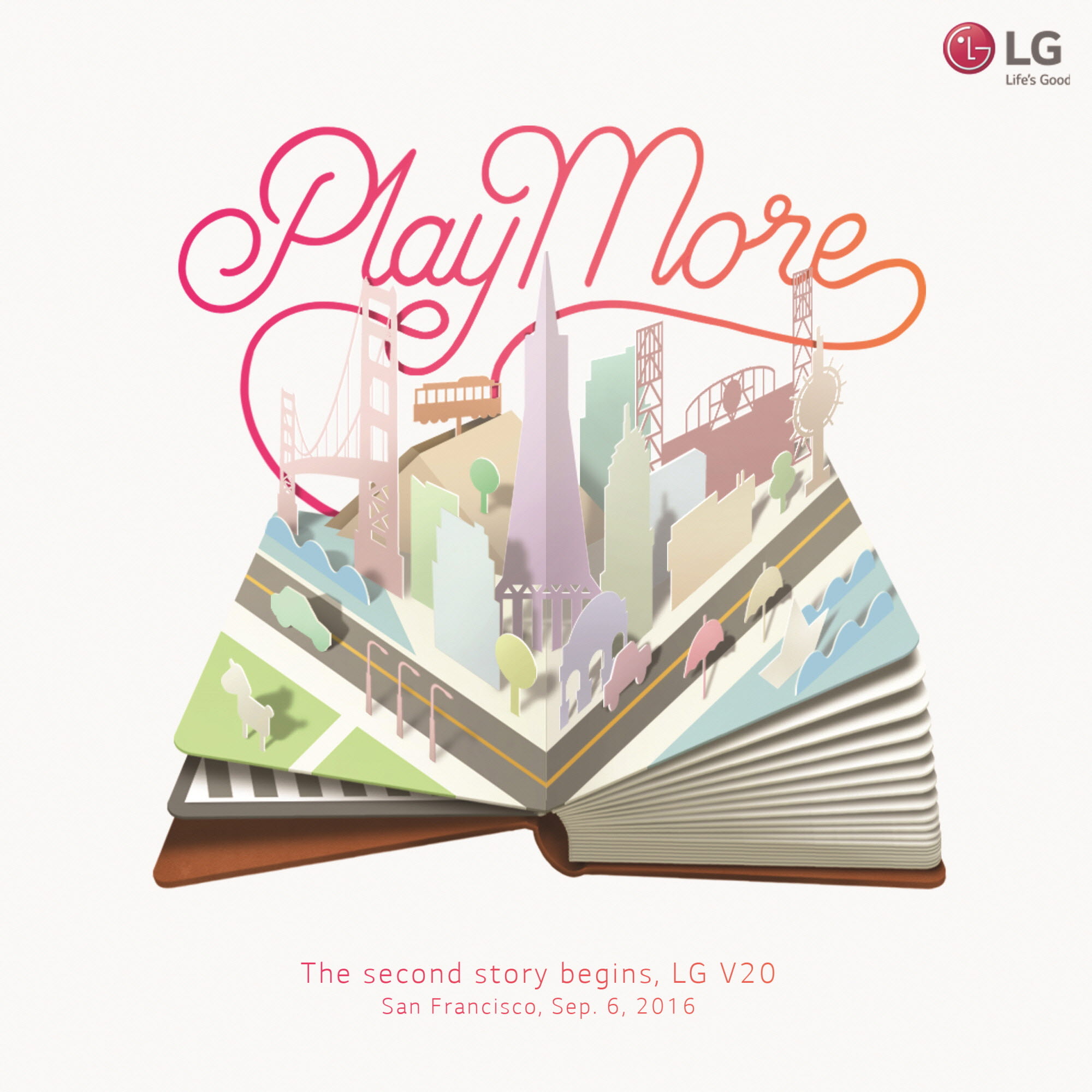 The fall smartphone battle is heating up, because one day after Samsung announced the Galaxy Note 7, LG has confirmed the launch event for the V20.

The LG V20 will debut on September 6 in San Francisco, and in September 7 in Seoul. The invitation for the event says â€œPlay Moreâ€ and tells us that â€œthe second story beginsâ€ on September 6/7.

This invitation doesnâ€™t reveal new info about the LG V20, but LG has already trickled out some details about its next flagship. The Lifeâ€™s Good crew says that the V20 will come with Android 7.0 Nougat out of the box and that it â€œbuilds upon the premium and rich multimedia smartphone experience of last yearâ€™s LG V10.â€ Given that the LG V10 was a flagship-tier device, itâ€™s likely that the V20 will be similarly high-end. The good news is that weâ€™ve only got about one month before we know exactly what makes the V20 tick.

What will the LG V20 need to get your attention?