LG G4 will launch this week 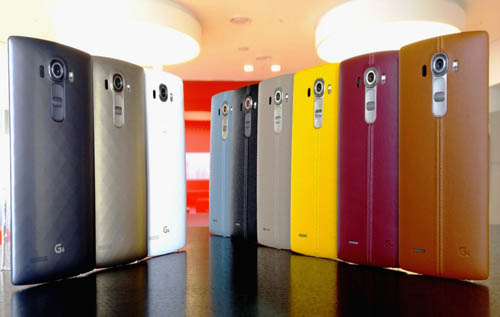 The flagship Android battle is about to get a bit more competitive.

The LG G4 is launching this week. The rollout will begin in Hong Kong, followed by releases in Turkey, Russia, and Singapore. LG says that there are around 180 carriers and retailers that plan to offer the G4 and that eventually the device will be available in â€œmost of Europe, North America, CIS, Southeast Asia, Middle East/Africa, and South/Central America.â€

When it comes to you U.S. folk, well, youâ€™ve still got a few weeks to wait for the LG G4. LG has confirmed that the G4 will launch on AT&T, Sprint, T-Mobile, U.S. Cellular, and Verizon, but so far all we know is that Sprint and U.S. Cellular will begin sales in June. Now that LG has kicked off the G4â€™s rollout, hereâ€™s to hoping that we hear more launch details from other carriers soon.

The G4 is LGâ€™s latest flagship smartphone, offering a 5.5-inch 2560×1440 IPS Quantum display, Snapdragon 808 processor, 3GB of RAM, and 32GB of storage. One of the highlights of the G4 is its camera, which is a 16-megapixel snapper with an f/2.4 aperture, optical image stabilization, Laser Auto Focus, and a Color Spectrum Sensor that can recognize colors and objects in your shots. Rounding out the G4â€™s spec list is an 8-megapixel front-facing camera, removable 3000mAh battery, and microSD slot.

Not only does the G4 pack some high-end specs, but itâ€™s got a removable battery and microSD slot, both of which are becoming harder to find in the smartphone world. With those features, LG is aiming to get the attention of the hardcore mobile user with the G4. LGâ€™s also working to court the mainstream consumer, though, giving the G4 a high-quality camera and large, high-res display. Now that the G4 is starting to roll out globally, itâ€™ll be interesting to see how well it sells compared to the Galaxy S6 and One M9.

SEOUL,Â May 18, 2015Â â€”Â Customers in key markets around the world will finally get their chance to own the latest advanced smartphone from LG Electronics (LG), one which industry experts have widely praised for its exceptional camera, vivid and expansive display, and willingness to set new rules in defining what a premium mobile device could be.

LG G4 will begin rolling out this week to consumers in key markets around the world, continuing throughout the month into June and beyond as more retailers and operators see what LG G4 has to offer their customers. Starting in Hong Kong, the G4 will follow with rollouts in Turkey, Russia and Singapore, eventually including most of Europe, North America, CIS, Southeast Asia, Middle East/Africa and South/Central America. Approximately 180 carriers and retails are already on board as G4 partners.

Highlights of the LG G4 include:

â€œThe LG G4 is our most ambitious smartphone yet because it is unlike any other flagship mobile phone on the market today,â€ said Juno Cho, president and CEO of LG Electronics Mobile Communications Company. â€œOur vision is to create our own set of standards without worrying about what trend other smartphones are following. We think we have a winning formula because the initial reaction to the G4 has been tremendously positive.â€

Prices and additional purchase details will be announced locally at time of availability, and may vary by carrier and market.