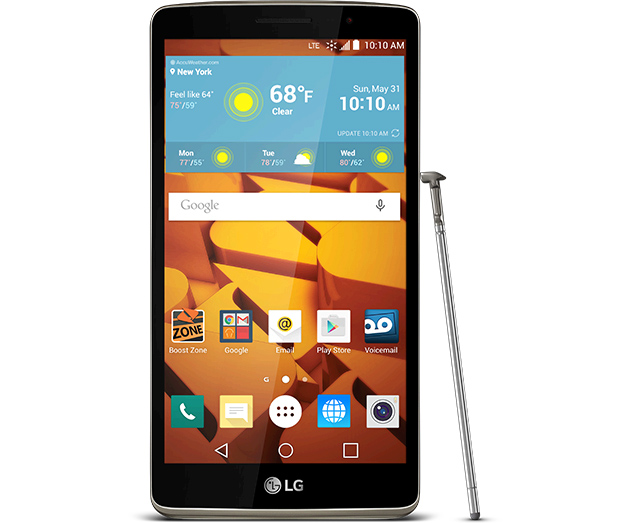 On April 21, LG officially unveiled the G Stylo, a smartphone with a 5.7-inch display and an included stylus for good measure. A week later, T-Mobile confirmed that the new Android-powered handset would be making its way to the magenta carrier sometime in the spring.

Not to be outdone, though, the G Stylo is now available from Boost Mobile for $199.99 in Metallic Silver. If you don’t want to sign up for Boost Mobile though, Sprint will launch the handset through its prepaid arm beginning Sunday, June 7, for $199.99. Or, if neither of those options sound good and you prefer to jump on board with Sprint proper and enroll in the Now Network’s installment billing, the G Stylo will be available for $0 down and 24 monthly installments of $12. It will go up for sale for Sprint on Friday, June 12.

As far as features go, the 5.7-inch HD display is matched with an 8MP camera on the back and a 5MP front-facing shooter on the other side. Inside, there’s a 3000mAh battery, a 1.2GHz quad-core processor, and Android 5.0 Lollipop.

What do you think of the LG G Stylo?