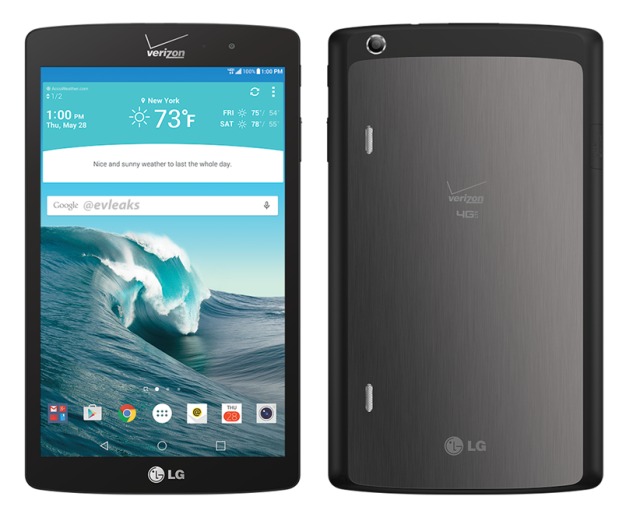 A new Verizon-bound tablet has leaked and it just so happens to be the LG G Pad X. Verizon is reportedly adding some new tablets to its lineup, as famous leaker @evleaks has revealed that in addition to the HTC Desire 526, Verizon is bringing the iPad mini 4, LG G Pad X and Sony Xperia Z4Â to its network. So what is the G Pad X? It’s hard to know many details, but we’ve now got our first look at the device, so let’s see what we can see.

Even though it’ll likely be a ~10-inch tablet, the G Pad X appears to be designed for portrait use. It’s also running Lollipop, though it’s unknown if its Android 5.0 or Android 5.1. The device has a camera and what appears to be a brushed plastic or metal back. It also looks to have two stereo speakers on the back. Other than that, there’s not much to be gleaned about the device.

We’ll keep you posted on any further leaks and developments regarding the LG G Pad X.