Kyocera intros the DuraForce PRO, a rugged phone with an action camera 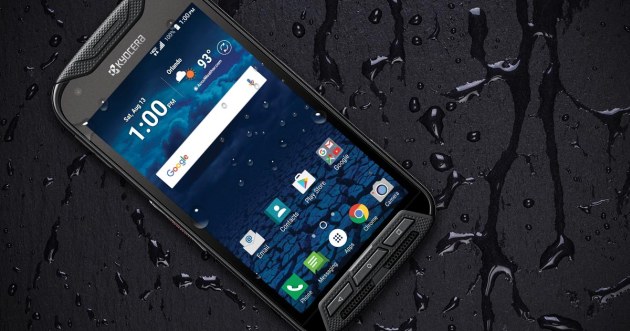 Kyocera is a name that doesn’t make many waves anymore. The company used to be well-known for creating unique smartphone designs, but when those didn’t catch on, Kyocera found its niche with durable, ruggedized phones. The company’s latest creation is the DuraForce PRO, which touts durability and a built-in wide angle action camera, saving customers from carrying around a GoPro or similar device. Let’s check out some of the selling points.

The DuraForceÂ PRO is packing better specs than we usually see in a ruggedized phone, and it also brings in some unique features. The wide angle action camera is the most notable, as it allows users to carry a single device, rather than multiple devices, when they’re out adventuring. Kyocera also hasn’t forgotten about their work market, with features like Android for Work and PTT aimed directly at companies who may source the DuraForceÂ PRO for their employees.

Pricing information hasn’t been released yet, but Kyocera has provided a broad release date of fall 2016. We’ll keep you posted as more information becomes available.