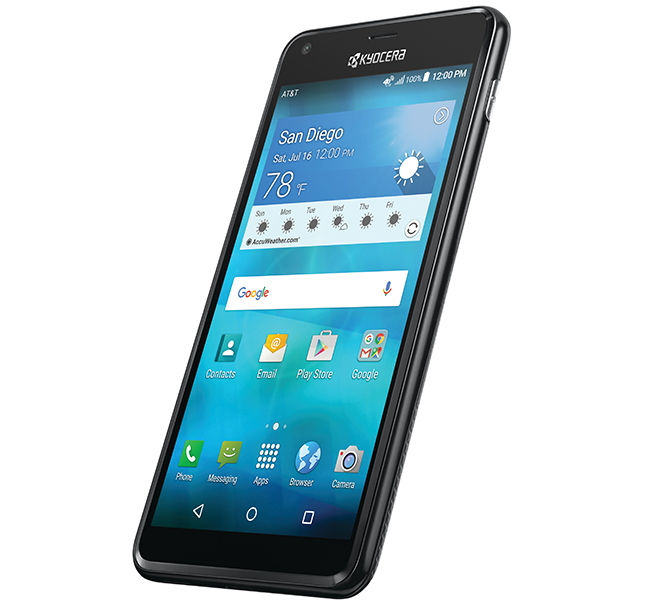 AT&T has officially announced the Kyocera Hydro SHORE, bringing a new device to its GoPhone lineup.

The Hydro SHORE willÂ exclusively available at Walmart and willÂ retail for only $79.99. As far as specifications go, the Hydro SHORE boasts a 5-inch display, and there’s a 1.1GHz Qualcomm Snapdragon professor under the hood, coupled with 1GB of RAM and 8GB of built-in storage. There’s a microSD card slot, which can help expand storage by another 64GB. On the back of the device there’s an 8MP camera, and around front a 2MP camera.

The Hydro SHORE is IPX5 and IPX7 certified, so it will survive an unexpected shower or water immersion for up to 30 minutes in up to 3.28 feet (1 meter) of water. It also boasts an IP5X dustproof rating for good measure. It’s running Android 5.1 Lollipop out of the box.

For $80 and with a rugged design, it couldÂ be a good backup device.