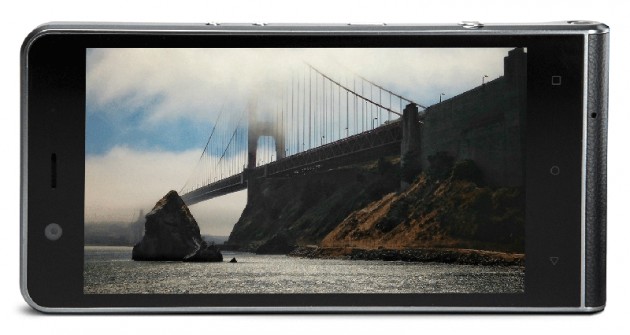 Almost two years after Kodak last launched an Android phone, the camera-centric company is back with another smartphone.

The Kodak Ektra was officially announced today as an Android 6.0 smartphone with a heavy focus on camera performance. Kodak has equipped the Ektra with a 21-megapixel rear camera with an f/2.0 aperture, phase detection autofocus, optical image stabilization, and a dual LED flash. Thereâ€™s also a dual press shutter button to give the Ektra a feel thatâ€™s more like a real camera.

The front of the Ektra is home to a 13-megapixel camera with a f/2.2 aperture and phase detection autofocus.

The Ektraâ€™s software has a lot of camera goodies, too, like an SLR-style Scene Selection Dial thatâ€™ll let you pick different modes like HDR, Landscape, Portrait, Macro, Sport, Night-time, Panorama, and Bokeh. Kodak has also included a manual mode thatâ€™ll let you tweak settings like exposure, ISO, focus, white balance and shutter speed. If youâ€™d prefer to let the phone do the work to figure out the best settings for your scene, you can use the Smart Auto mode.

Other features for the Kodak Ektra include a deca-core MediaTek Helio X20 processor, 3GB of RAM, 32GB of storage, a microSD slot for adding more storage, and a 3,000mAh battery that supports fast charging over USB Type-C. The Ektraâ€™s also got a 5-inch 1920×1080 display.

The Kodak Ektra â€” which is built by the Bullitt Group, just like Kodakâ€™s last phone â€” will launch in Europe later this year for Â£449 ($550 USD). Kodak has said that if thereâ€™s a strong enough demand for the Ektra, the device could launch in the US sometime in 2017.

Kodak is known for photography, so itâ€™s no surprise that its newest Android phone has a heavy camera focus. There are a lot of smartphones already on the market with solid cameras, though, including the Galaxy S7 and the new Google Pixel, so the Kodak Ektra is going to face some fierce photography foes when it launches later this year.