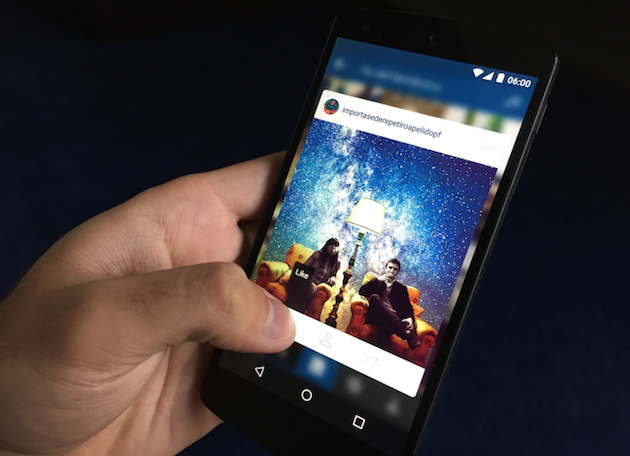 Instagram has been busy with updates recently, but one can only hope its latest new version will keep the new features it’s implementing.

Recently, the photo-sharing social network updated its Android app to support a major new feature that’s quite similar to 3D Touch, a feature that is a major selling point for Apple’s iPhone 6s and iPhone 6s Plus. With it, iPhone users can press a bit harder on the display and pop out an image thumbnail to see a bigger version of that image. They can also use 3D Touch to quickly like that image, comment on it, or send a message to the user that initially shared it.

With the updated Instagram app, version 7.13.0, this feature is replicated in a simple way: the long press. Now Android users can long press on an image thumbnail to see it bigger. Once that’s activated, and without lifting your finger, users can select Like, View Profile, or choose the Share option.

It’s a nice, quick way to view images without having to dig into profiles and then find your way back. Instagram updated its iOS app quite some time ago to feature 3D Touch as a new way to interact with the software, so it’s good to see the social network bring similar features to Android.