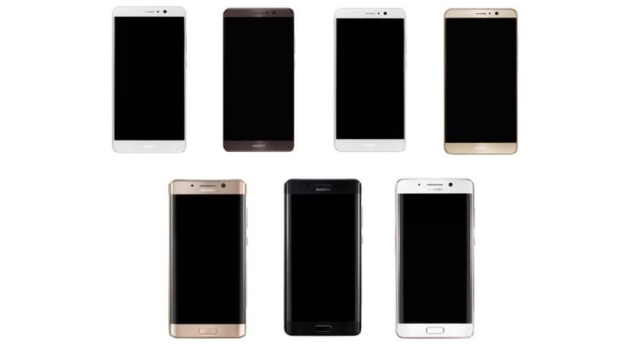 Huawei’s upcoming Mate 9 smartphone has appeared in new images that reveal two designs for the device, giving users the choice of a flat or curved screen. The two devices are codenamed Manhattan (flat screen) and Long Island (curved screen). Both devices are set to be high-end, but the Long Island will reportedly be the premium handset, packing the most powerful specs and a QHD display to support Daydream VR. Additionally, the Long Island may only be sold in China, but the specifics remain to be seen.

Huawei has been growing both worldwide and in the US, and the Mate 9 will continue that trend. While the device may look all too similar to a Samsung product, the specs will be powerful and the device will likely use one of Huawei’s own Kirin processors, which should provide power a-plenty. The devices are set to premier in Munich, Germany, on November, but no pricing or availability details are known yet.

We’ll keep you posted on further leaks and reports regarding the Huawei Mate 9.