Huawei launches the P8 lite for the U.S. market 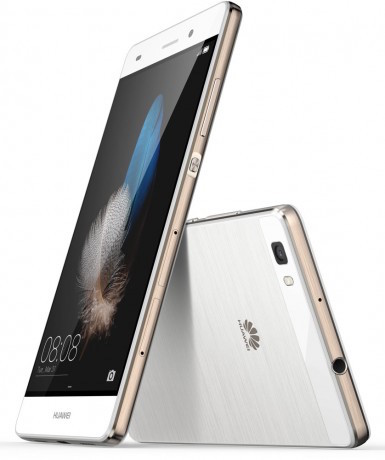 In mid-April, Huawei officially announced the P8 and P8max, but also did more than hint that neither one of the devices would be made available in the United States anytime soon. Soon after, rumors of a “light” version of either one of those handsets began to swirl, and now Huawei has made the U.S.-based handset official.

The P8 lite shares many similarities to the P8 proper when it comes to the design, but as is par for the course for these types of devices, the company has pared down the specifications under the hood in hopes of minimizing the price tag. So the P8 lite features a 5-inch 720p HD display, instead of a 5.2-inch 1080p HD display like the P8 has. Under the hood of the P8 Lite is a Qualcomm Snapdragon 615 octa-core processor, clocked at 1.5GHz. That’s paired with 2GB of RAM, and the smartphone boasts 16GB of built-in storage.

The rear 13-megapixel camera features Huawei’s Snapshot feature, which allows the user to capture an image with just pressing on the volume down rocker two times quickly. That camera can record video up to 1080p HD, while the 5-megapixel front-facing camera can capture 720p HD video.

The P8 lite is running Android 4.4.4 KitKat out of the box underneath Huawei’s proprietary Emotion 3.0 user interface.

It’s available beginning today from Huawei’s online store, or Amazon, right now. It will eventually be available from retailers like Target, Best Buy, B&H Photo Video and Fry’s. Its retail price is listed at $249, but Huawei is offering it up for $199 between June 3 and June 6.

What do you think of the P8 lite?