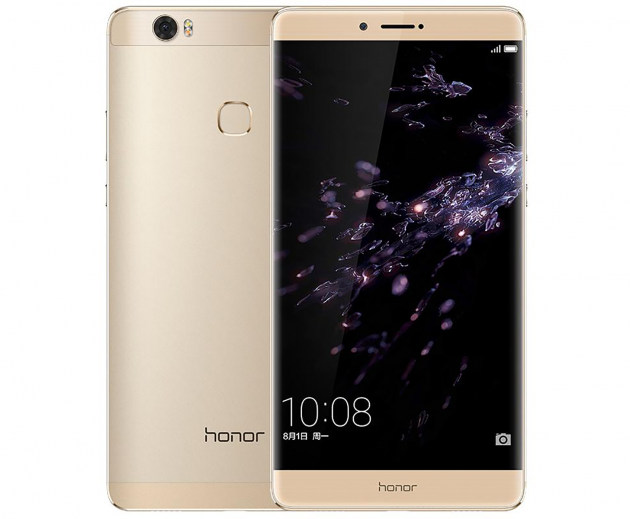 Smartphones have big displays these days, but Huawei is looking to go a bit bigger than what we’ve traditionally come to seeÂ from phablets.

The Honor Note 8 is now official, and it packs a gigantic 6.6-inch AMOLED displayÂ with aÂ resolution of 2560×1440. The handset has a 2.5D curved front panel, and there’s an 8-megapixel front-facing camera above the screen. On the back of the Honor Note 8 you’ll find a 13-megapixel camera outfitted with optical image stabilization.

Under the hood, future Honor Note 8 owners can expect the device to be powered by a Kirin 955 octa-core processor coupled with 4GB of RAM. There will be variants that come in 32GB, 64GB, and 128GB, all of which come with a microSD card slot for expandable storage. The battery is measured in at 4500mAh. There’s Android 6.0 on board under Huawei’s proprietary EMUI 4.1 user interface. Finally, there’s a fingerprint reader on the back of the handset as well.

What do you think of the Honor Note 8?