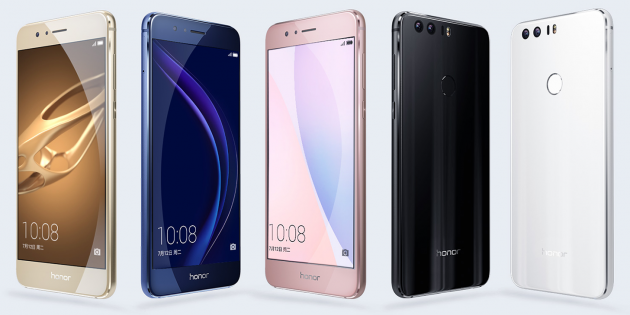 Huawei has just announced the latest addition to its Honor family, unwrapping the Honor 8 with aÂ dual-camera system on the back.

Huawei’s Honor 8 offers a pair of rear 12-megapixel cameras, with one being a color lens and the other is a black and white lens. According to Huawei, the different lenses enableÂ the Honor 8 toÂ capture more light than a single lens. For the selfie fans out there, the Honor 8 features an 8-megapixel front-facing camera.

The Honor 8 is designed with a 2.5D glass body and features a 5.2-inch 1080p HD display. There’s an octa-core Kirin 950 processor under the hood, the battery measuresÂ in at 3000mAh, and there’s a microSD card slot for expandable storage. The Honor 8Â also features NFC support, a fingerprint reader, and a USB Type-C port. It’s running Android 6.0 under Huawei’s EMUI 4.1 interface, too.