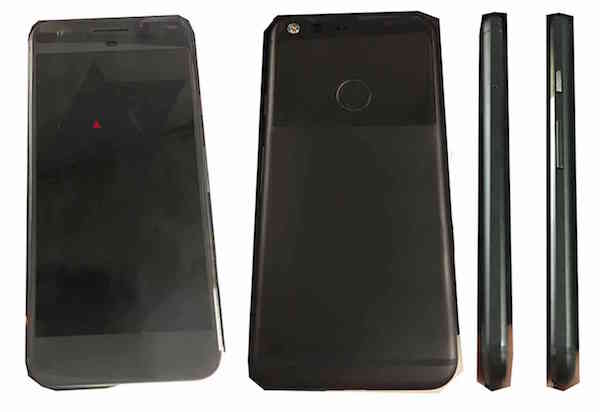 Word on the street is that HTC is putting together twoÂ Nexus smartphones this year. One of them is said to beÂ codenamed “Sailfish,” and now, images of what appears to be the device have surfaced.

The photosÂ here look quite similar to the renders of the handset that have cropped up recently, so it’s looking more likely that this will be the design HTC goes with this year. We can see that the Sailfish appears to haveÂ a design that’s mostly metal, save for the the glass section on the back. That’s where future owners will find the fingerprint sensor as well as the rear camera housing. There’s a single antenna band located near the bottom edge.

There isn’t a “G” logo on the back of these images, but it’s expected that the retail units will indeed have “G” branding.

Rumors have it that there will be an aluminum variant of the handset with a white front. It’s also worth noting that the second Nexus smartphone, codenamed “Marlin” is said to have the same designÂ as the Sailfish. So while we’re only getting leaked photos of one, it’s expected that both will look the same.

What do you think of the design of the Sailfish (and Marlin)?