HTCâ€™s and Googleâ€™s Nexus phones pass through the FCC 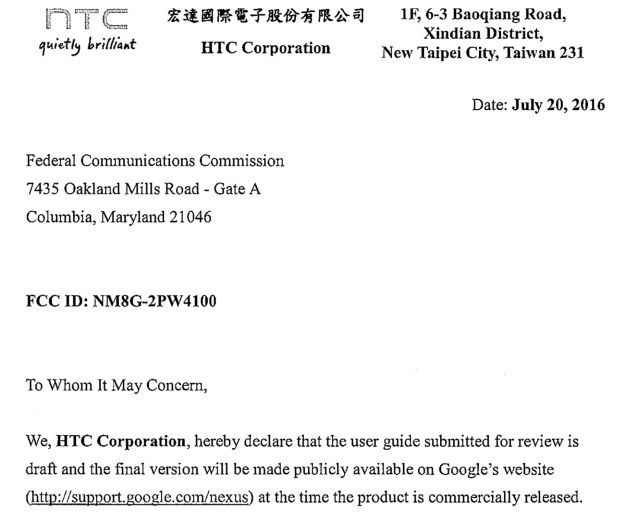 Word on the street for some time has been that HTC would be making not one, but two new Nexus smartphones for Google this year, with the larger of the pair codenamed Sailfish and the other variant codenamed Marlin. Now, as discovered by Droid-Life, both handsets have made a pass through the FCC, signaling that their arrival is quickly nearing.

The FCC filings don’t include a ton of information regarding the devices or specifications, but we do now appear to have confirmation that HTC is indeed manufacturing both handsets and that they are indeed Nexus smartphones.

On top of that, the FCC filing does outline that both handsets will boast universal LTE support for the major carriers in the United States.

The FCC filing also reveals the model numbers for both devices, G-2PW4100 and G-2PW2100, with the former believed to be the bigger “Marlin” variant and the latter being the smaller “Sailfish” option.

The FCC filings don’t divulge specs, but it does show that the handsets are certainly nearing a public launch. Are you looking forward to seeing what HTC brings to a Nexus smartphone after all these years?