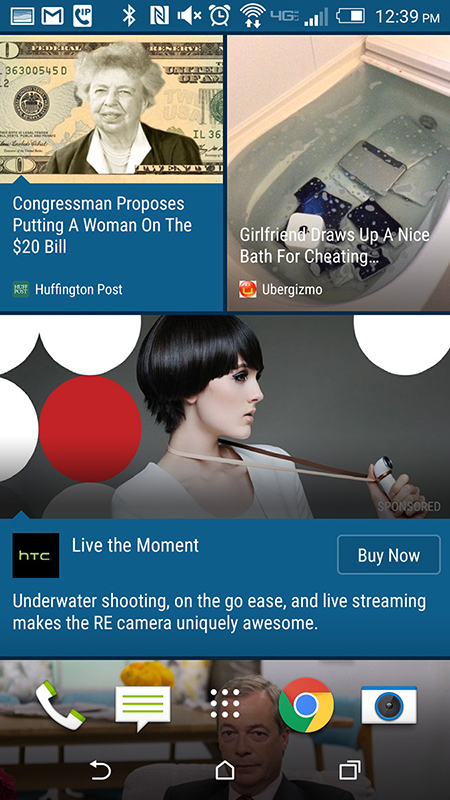 If you use BlinkFeed on your HTC device, you may start seeing a new type of post popping up in your feed today.

HTC says that itâ€™s going to start testing ads, which it calls â€œpromotions,â€ in BlinkFeed. The trial will start today and itâ€™ll go live in the US, UK, Germany, Taiwan, and China. HTC says that it plans to evaluate the pilot as itâ€™s going on and will decide when and where itâ€™ll roll the ads out next.

So what are the ads going to look like? Well, theyâ€™ll appear in your BlinkFeed and theyâ€™ll look mostly similar to a standard BlinkFeed post. Theyâ€™ll differ a bit, though, by including the word â€œSponsoredâ€ in the lower right corner as well as a button like â€œBuy Nowâ€ for products. HTC says that these ads will promote apps from AdNetworks partners like Yahoo, Twitter, and Appia as well as HTCâ€™s own accessories and devices.

Ads being inserted into feeds can be a bit of a bummer, but the good news is that HTC users will only see these ads in BlinkFeed and not in other parts of their deviceâ€™s software. Plus, they wonâ€™t pop up in BlinkFeed or anything like that, and HTC says that youâ€™ll be able to opt out of them completely if they really bother you.

What do you think of HTCâ€™s decision to insert ads into BlinkFeed?