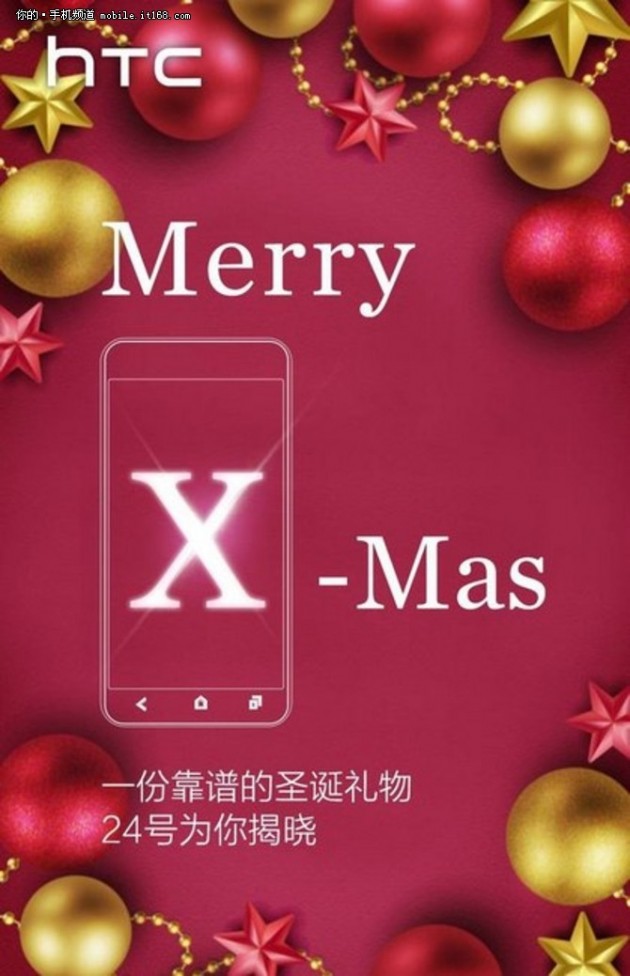 After a month and a half of leaks and rumors, the HTC One X9′s unveiling may be right around the corner. While we were expecting HTC to show off the phone at CES in two weeks, HTC has posted an image on its Weibo page thatÂ suggests that the phone may make its debut on December 24. The image is one of many thatÂ have been posted on HTC’s Weibo site that hintÂ at the launch of the HTC One X9. None of them have revealed the name of the phone or the specs, but a few have shown the capacitive buttons thatÂ we’re seen plenty of times in the leaked pictures of the phone.

The HTC One X9 is expected to be a mid-range Android phone with a 5.5-inch 1080p display, MediaTek Helio X10 MT6795 processor, microSD card slot, UltraPixel front-facing camera, 13-megapixel rear camera with OIS, 3,000mAh battery and BoomSound speakers on the front. Based on the rumors, the X9 will have two different versions thatÂ will feature 2GB of RAM with 16GB of storage or 3GB of RAM and 32GB of storage.

The phone is expected to sell in China, Taiwan and a few other markets in Asia, but there’s no indication that the phone will make its way to Europe or the Americas.