HTC One M9 design and hardware: an evolutionary step 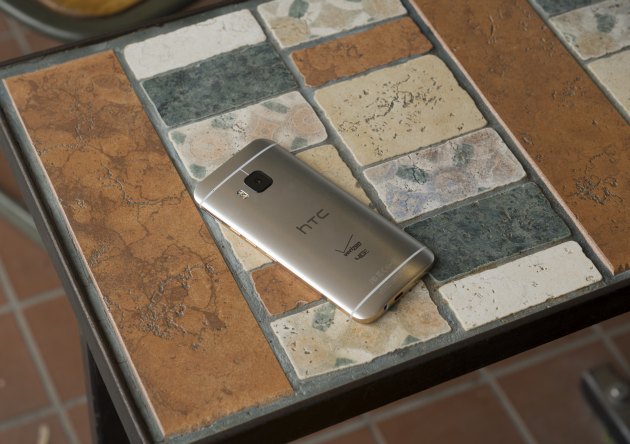 2015 has been a big year for phones, with both Samsung and LG stepping outside of their comfort zones to create phones that are truly competitive. HTC, however, took 2015Â as something of a break year, simply giving an iterative update to its flagship, the HTC One. The HTC One M9 is the latest in the award-winning series, but what does it bring to the table that sets it apart?

While that question will be answered in full in our complete review, this segment will focus on the design and hardware, which are arguably the most important parts of the phone. HTC has received critical acclaim in addition to awards for its smartphone designs. The company’s truly revolutionary phone in the area of design was the HTC One M7, which set a new precedent for smartphone design and garnered wide praise.

Considering safety to be the wisest option, HTC stuck to a very similar design with the HTC One M8. The design garnered more praise, though some criticized that the design hadn’t advanced further. Nonetheless, we expected a large design update in 2015. What we received was the opposite.

The HTC One M9 features essentially the same design as the One M8, with just a few tweaks. The power button has been shifted to the right side of the device and the volume rocker is split into two separate buttons. The camera cut-out has upsized from a circle to a rather chunky square. For the final change, the metal body of the phone features slightly tweaked sides that add two layers to the phone, also ushering in a gold accent color on the sides.

The phone is similar to its predecessor to an almost frustrating point. The One M9 feels as though it hasn’t advanced, rather preferring to stick to the safety of its praised ancestors. But that’s not going to be enough to cut it against this year’s set of smartphone contenders.

While the phone feels good in the hand, it carries the same flaw as the One M8, which is an imbalance of height and width. Fortunately, it’s become less of an issue with the rearranged power button, but it’s still an annoyance. On the subject of the power button, it sits directly under the volume buttons, making it quite easy to turn down the volume rather than turning off the screen.

Powering on the screen gives way to a bright, vivid and sharp display, but one that’s ultimately no different than the display we saw last year. Colors are still good and it’s still beautiful to look at, but competitors have moved onward and the display is another area that’s failed to advance.

The front-facing BoomSound speakers are still a delight. HTC has really mastered the front-facing speakers, providing huge amounts of sound with a surprising amount of clarity and even a hint of bass. While the BoomSound speakers haven’t changed, they still manage to beat the competition, making that a moot point. As an added bonus, HTC is one of the few manufacturers to still bundle headphones with its flagship, even if they are run-of-the-mill earbuds.

All told, the HTC One M9 is a beautiful, well-designed device that’s also exceedingly frustrating. It feels too similar to last year’s One M8 to make it stand out or even feel like a new phone. That fact is going to make it a hard sell, particularly against overhauled devices like the Samsung Galaxy S6 andÂ LG G4. HTC hasn’t done anything to set the design bar higher; instead,Â it’s remained at the bar that it once set.

While the design is only one aspect of the phone, it’s an important one. This time around, HTC missed the mark. It wouldn’t be fair to say that the One M9 is poorly designed, because it’s actually quite impressive. Its flaw is that it hasn’t moved forward. Time has progressed, but the design hasn’t, and that’s going to be a crucial issue in today’s market.

Check out some more pictures of the device down below.