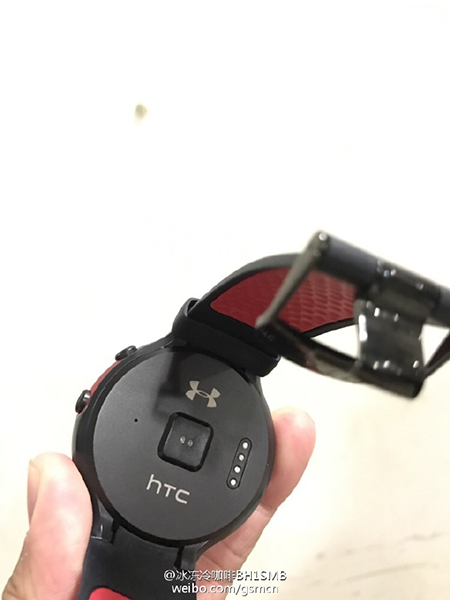 HTC has been rumored to be putting together an Android Wear-based wearable since 2014, when the first renders of the device allegedly found their way online. The rumor mill then went quiet until September of last yearÂ when it was again rumoredÂ that HTC was planning on launching a smartwatch into the market.

Of course, HTC has been an Android Wear partner ever since the wearable platform was announced, so it’s to be expected thatÂ the company had something in the works. Now, thanks to new images that surfaced over on the Chinese social network Weibo, we may have finally received a first look at what HTC hadÂ been working on.

The device in question is called the “Halfbeak,” and we can see the front and the back of the device. HTC branding is present on the undercarriage, as isÂ an Under Armour logo. The HalfbeakÂ codename appears in the device’s “About” screen as well, seemingly confirming this is indeed the long-gestating wearable.

That display is rumored to be 360×360, there areÂ some physical buttons along one side of the wearable. Unfortunately, the source of this report says that this particular model has been shelved.

WhatÂ do you think of this HTC Android Wear smartwatch?