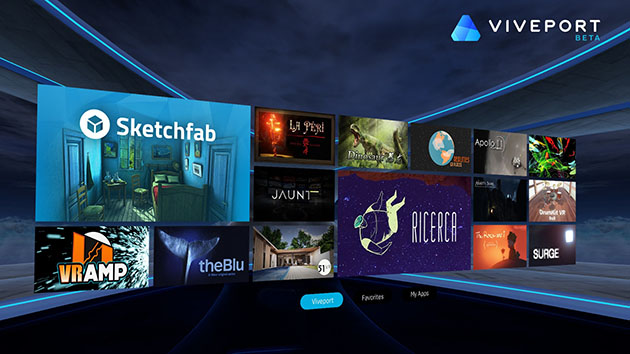 The virtual reality competition is just beginning, and the two majorÂ players are Oculus Rift and HTC Vive. HTC has todayÂ announced anÂ app store for its VR headset, and it’s called Viveport.

Viveport, which is coming later this fall (and in a developer beta even sooner), will feature content compatible with the Vive headset. While there’s already some content on the Vive, the ViveportÂ will be an easier way to find and download new content.

It’s also going to be great for developers. With support for subscriptions, in-app purchases, and more, developers will be able to earn money on their content in many ways.

Plus, whoever controls the content distribution controls the money. With HTC’s own app store, the company should see more profits. And with its phone business not doing so great, it’ll be a good way to keep the business going (and hopefully booming).