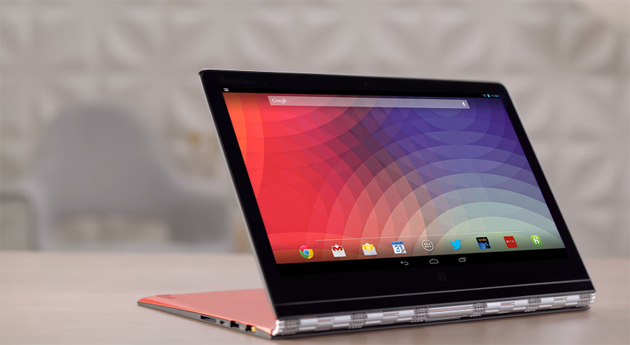 Microsoft Windows has ruled as king over the PC landscape for decades.Â While Windows is probably the most versatile operating system around for a desktop computer or laptop, Microsoft has struggled recently to get developers to build apps for Windows since most people rely on their Android or iOS smartphones for many of the tasks that used to require a standalone computer. But what if we told you that you could have all of your favorite Android apps and games running on your PC? Enter AMIDuOS: a full Android experience built specifically to run on Windows 7 and Windows 8 computers (double check the AMIDuOS system requirements to make sure it will run smoothly on your PC).

How to install AMIDuOS on your PC

As you can see, getting AMIDuOS up and running is fairly simple. The Android 4.4.2 build is fairly stock with a few minor tweaks thatÂ allow AMIDuOS to pin Android apps to your Windows Start Menu, share files between the two systems, and give you the option to run AMIDuOS as a window or in full screen mode. Unfortunately,Â AMIDuOS doesn’t come bundled with Google Apps, making the base install fairly boring. You can sideload apps, but we recommend installing the Google Apps and Services update pack, which gives you access to Google Play for all your Android App needs.

How to install Google Apps and Services on AMIDuOS

Playing around with Android on a PC is very exciting at first. The system takes full advantage of your PC’s hardware, enabling the keyboard, mouse and touchscreen (if you have one). We managed to install a few dozen games, Twitter, Netflix, Instagram, Google Keep, and Google Drive without any issues. For the most part, the system works exactly like you’d expect, but performance of AMIDuOS isn’t on par with what you’d expect from a high-end Android phone. Increasing the allotted RAM available to the Android system does allow for slightly quicker response time, but don’t expect toÂ keep AMIDuOS running in the background unless you have at least 8GB or RAM on your PC.

While certain apps and games work amazing on AMIDuOS, running Android on your PC isn’t the best user experience. Even a “small” laptop has at least an 11-13-inch display, stretching Android much larger than Google intended. The Android home screen and app drawer don’t really suffer here, but all apps within Android use the full display, creating stretched layouts with excessive white space.Â AMIDuOS could fix this issue by including a multi-windows mod thatÂ emulate what Samsung or LG have done on their large-screen Android phones, but we doubt that will happen any time soon. Fundamentally, it’s a flaw within Android which we hope Google willÂ address in a future release.

If you’ve always wanted to run Android on your Windows PC, we highly recommend you give AMIDuOS a try. After yourÂ 30-day free trial, you can pay $10 for a lifetime license thatÂ can be transferred between devices if you ever device to upgrade your PC. Running Android on your PC isn’t going to dramatically change your life, but it will give you direct access to over a million apps that will most likely never to available directly on Windows.