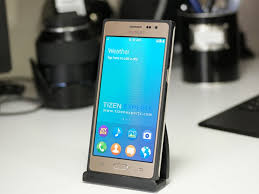 The Samsung Z1 and Z3 are two smartphones from the company to be powered by Tizen, its own mobile operating system. All of Samsungâ€™sÂ Android smartphone can take screenshots, and considering Tizen takes many cues from the companyâ€™s Android interface, you can take screenshots on the Z1 and Z3, too. Well, itâ€™s a basic feature that every mobile OS should support, but how exactly do you take a screenshot on Samsungâ€™s Tizen-powered handsets?

The procedure is actually the same as Galaxy handsets, and hereâ€™s a step-by-step guide.

Once taken, you can access your recent screenshot by dragging down the status bar and clicking on the screenshot notification.Â To access all your screenshots, simply go into the Gallery appÂ where you will see the screenshots along with your regular photos and videos. If you want to access the dedicated Screenshots folder, simply press the menu button in the gallery, clickÂ View asÂ then selectÂ AlbumsÂ to sort your images by album instead of by the time they were taken.