How to mirror your Android screen with Chromecast

Now that Google has finally flipped the switch to enable full-on screen mirroring of your Android device to the Chromecast, everyone is eager to get up and running to project their phone or tablet to the big screen. Whether or not you’ll be able to cast its screen to Chromecast and how you accomplish it can be a bit different depending on your device, but we’re here to clear things up.

For Nexus and Google Play edition devices running Android KitKat and later, the ability to do screen mirroring to Chromecast is baked right into the operating system and an update to Google Play Services 5.0. For devices running a modified version of of Android, you’ll need to be using the updated Chromecast app. In either case, Chromecast screen mirroring is currently in “beta” state and restricted to a small number of popular devices.

If you do happen to have a supported device, you’ll be happy to know that the process of getting your Android screen mirrored to your Chromecast is extremely simple. Read along for the details. 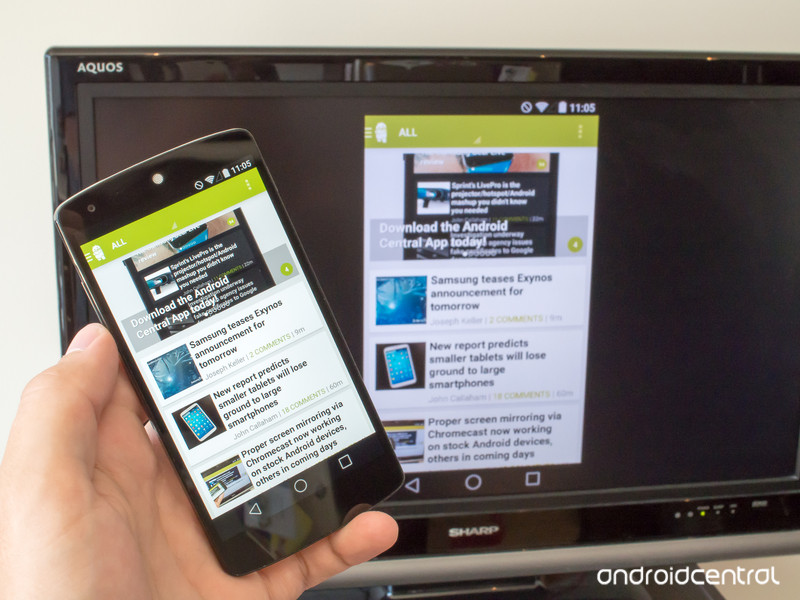