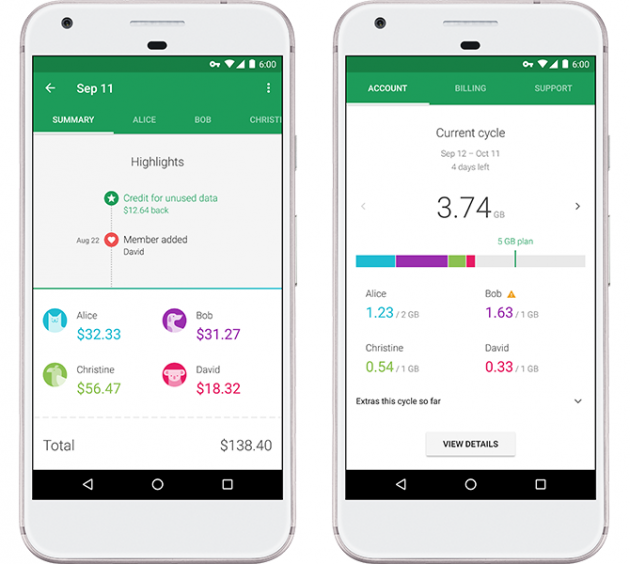 Ever since Google’s Project FiÂ launched in 2015, it’s only been available as a single-user experience. That’s changing today, as GoogleÂ has officially launched group plans for Project Fi, which allows up to six peopleÂ on a single plan.

Pricing for Project Fi’s group plans is set at $15 per user for unlimited talk and text. Data costsÂ $10 per GB, and Google will be issuing refunds as usual for unused data used every month, even with group plans.

Project Fi’s app will also offer easy group plan management, lettingÂ the account manager can handle all of the basic plan needs like adding or removing users (there is no activation fee for new users) and monitoring data usage. The manager can also set data limits per user, and allÂ users can get notifications for data usage as well. Managers can also pauseÂ a user’s data service if needed.

To help incentivize new subscribers, Google is offering $150 off the Nexus 5X for anyone who buys oneÂ and activates it with Google Fi service. Meanwhile, the Nexus 6P is seeing a $100 discount. TheÂ Pixel and Pixel XL, remain full price, though.

Are you already a member of Project Fi, or have you been waiting for a group plan?