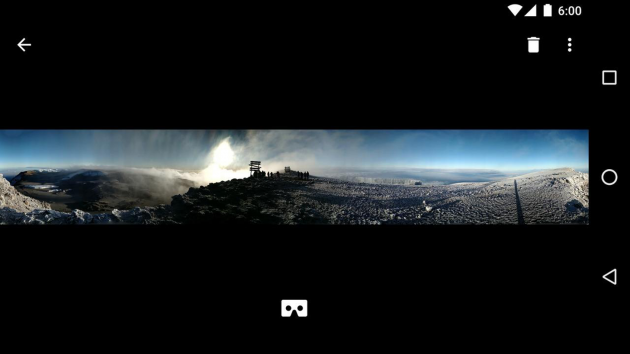 Google Cardboard has long enabled us to enjoy virtual reality on the cheap, but thanks to a new app, it lets us create VR goodness, too.

Google today released Cardboard Camera, and itâ€™s pretty much what it sounds like. The app will let you turn your Android smartphone into a virtual reality camera and take a VR photo with it. The photos will turn out sort of like a 360 degree panorama, and you can record sound to better immerse yourself in the moment that youâ€™re capturing.

Cardboard Camera is a free download from the Play Store that supports phones running Android 4.4. and up. The app lets folks create their own VR content on the cheap, just like Cardboard lets us enjoy VR content without spending much (if any) cash. Google continues to work to make VR accessible to everyone, and Cardboard Camera is jut the latest example of that effort. Good on ya, Google.