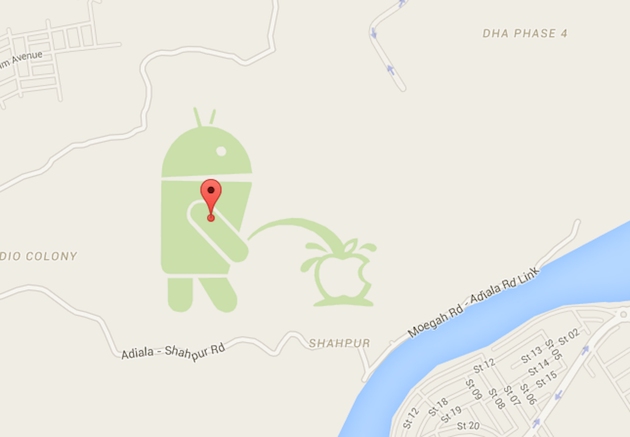 Not long ago, an image was found in Google Maps of our favorite mascot urinating onto an Apple logo. This of course wasn’t an official Google Easter egg, but a joke put into Maps using Map Maker. It was a tool for users to help improve Google Maps, and it was guaranteed it would eventually be abused in some way. That joke wasn’t alone, as the tool was used for spam frequently.

In response to this, Google had to manually approve each edit made, which became a big problem as the amounts of edits quickly grew. Thus edit submissions will be shut down starting tomorrow while Google works on a better way to auto approve edits without such problems happening. The shut down is temporary, but we have no idea for how long.

It’s a shame that a good thing had to be shut down because of a few bad apples, but Google Maps is a public product and can’t have such images or other spam integrated. So for now, we wait.