Google shutting down Together feature in Android Wear 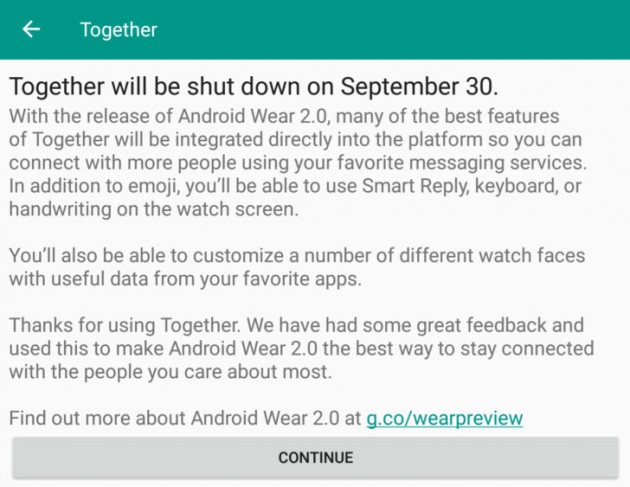 Android Wear has a feature called Together, which is a watch face that can be paired with another watch so you can share stuff like emojis, sketches, stickers, and photos between two specific people. It’s a cute feature, but one that likely isn’tÂ used very much at all.

With the newest update to the Android Wear app came a warning thatÂ the Together feature will soon be shut down. Android Wear 2.0 contains many new social features that render Together far less useful than it used to be. Unfortunately, even if your device won’t get Android Wear 2.0, Together will no longer function.

The feature will be shut down September 30, so those who still use it will have to find an alternative by then. How many of you actually used the feature? Leave a comment!