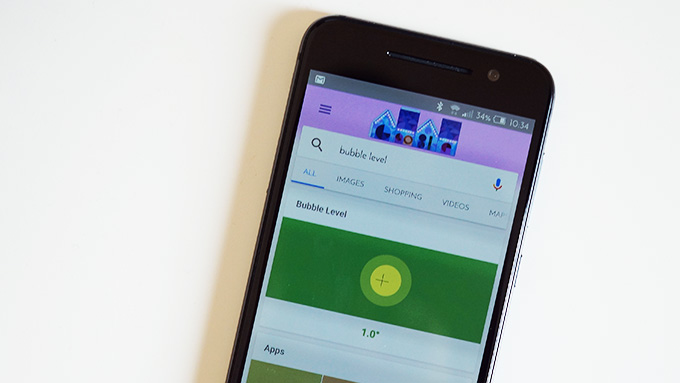 Bubble level apps aren’t new to Android.Â They have been around since Android made its debut, but when was the last time you actually used or had one installed on your phone? Since Google Search is installed on nearly all Android devices, Google thought it would be a good idea to incorporate a bubble level card into the app which shows up if you search “bubble level” or “spirit level.” The level can be used with the phone on any of its sides or flat on its back, but we found that it can get stuck from time to time. To reset it, you can change the orientation of the phone or close out Google Search and start again.

It’s nice to see Google Search gain new features, but we have to imagine that additions like this tend to frustrate app developers. We’re sure that millions of people will still rely on Google Play to find a bubble level app before thinking about pulling one up from search, but developers will likely miss out on quite a bit of income if even 10% of Android users make the switch.

If you could add one new feature to Google Search on your phone, what would it be?