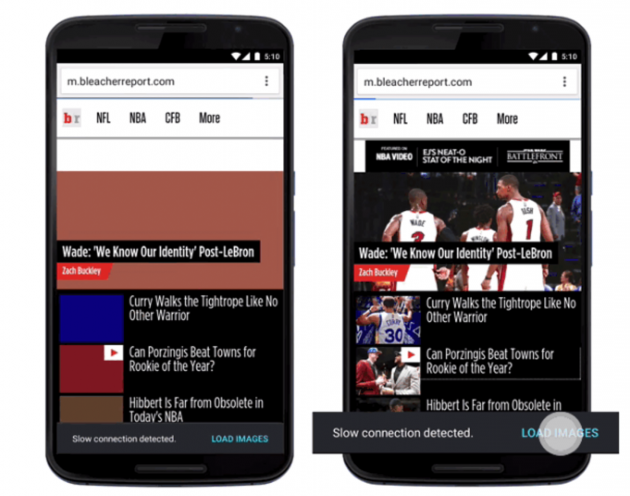 Google is constantly working to make using the Internet on our phone better, and it recently made two big updates thatâ€™ll do just that.

First up, Google Chrome is getting an improved Data Saver mode thatâ€™ll reduce data usage by up to 70 percent. It does this by blocking â€œmostâ€ images when you load a web page on a slow connection. If youâ€™d like to load the images on a page, you can do so by tapping the individual images that you want to see or hitting a â€œLoad Imagesâ€ button to bring â€˜em all up.

Google says that this expanded Data Saver will launch to Chrome users in India and Indonesia first, followed by rollouts in other countries in the coming months. The feature is targeted at folks that routinely find themselves on slow connections, as itâ€™ll help to speed up the page loading process and conserve data for folks on limited data plans by blocking images that they donâ€™t care about.

The other notable feature being rolled out by Google will help you to dig up images that you previously searched for and found interesting. Once you perform a Google image search while logged in, you can simply tap an image and hit the â€œSaveâ€ button thatâ€™ll pop up. You can then easily find these bookmarked images again later on, and you can even organize them into folders to make it easier to locate a particular image once youâ€™ve amassed a large number of bookmarks.

Google says that this image bookmarking feature is currently available in the US and that itâ€™ll work on all major browsers on both Android and iOS.