Google Pixel survives being underwater for an hour, but not without problems 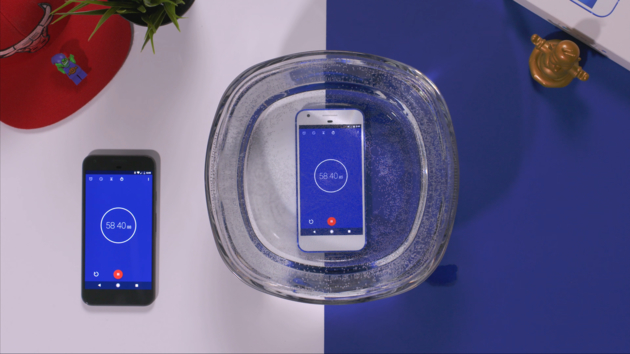 The Google Pixel lineup is not water resistant, unlike most flagships these days. The phones are IP53-rated, and with the second digit denoting water resistance, a rating of 3 pretty much means nothing.

However, that doesn’t mean that the Pixel can’t stand up to a bit of water. Jonathan Morrison decided to toss a Pixel into a bowl of water for an hour and film the whole thing. Surprisingly, the phoneÂ came out working!

However, it did suffer a bit of a problem. The speakers ended up extremely muffled, meaning they were probably damaged by water. The camera, touchscreen, and everything else worked fine without any noticeable water intrusion, though.

So if your Pixel gets in some water, you shouldn’t worry too much. Don’t go and dunk it into water, but if it’s in theÂ rain, it shouldn’t be hurt.