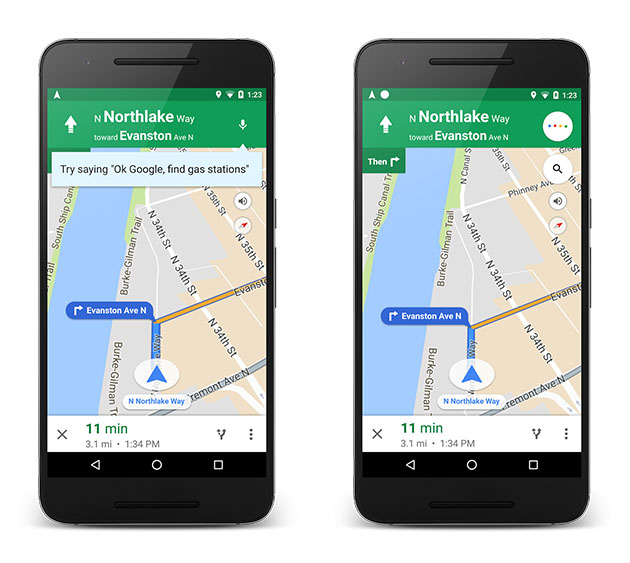 If you want to give it a shot, make sure you’re on the latest version of Google Maps and the Google app. Then hit the three-dot menu button followed by Settings, then “OK Google” detection and enable “OK Google” during navigation.

You can ask things likeÂ “When is my ETA?” “How is traffic?” and control your destination by saying “Avoid tolls” and “Show alternate routes.” Commands forÂ texting, calling, andÂ playing music work as normal.

Hands-free voice commands are definitely important, as even a split-second of paying attention to your phone is a lot of distance when it comes to traveling at 70 MPH. Stay safe and talk to your phone.